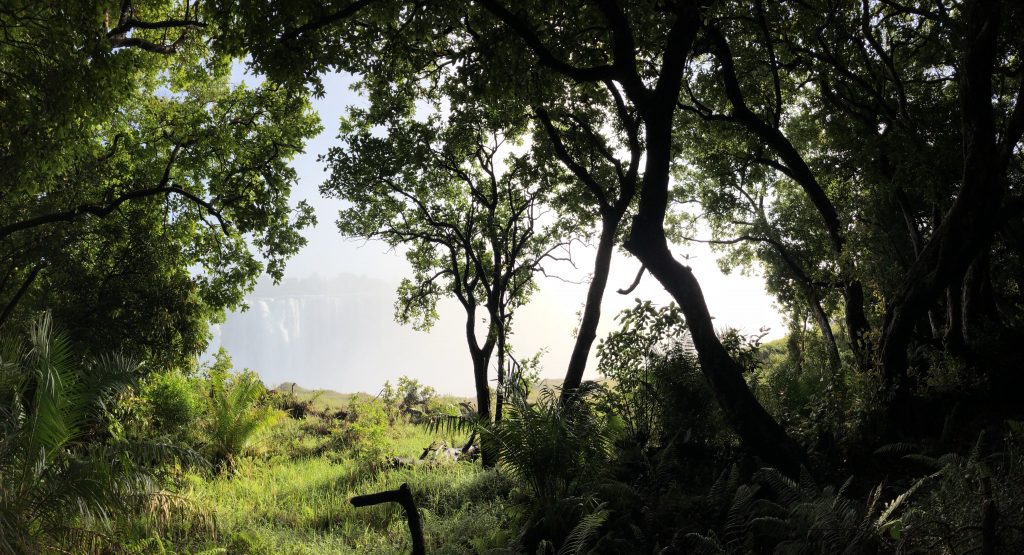 My whole life I have heard tales of how incredible Zimbabwe is, the beauty of the country and the friendliness of its people – but sadly the state of the government meant the country was in a shambles. With fuel shortages, a currency so unstable you could flush million dollar notes down the toilet (literally), and almost no food in the shops, it has been a place off-limits to its neighbouring countrymen. But with a recent change in government and hope in our hearts, we decided now was the time to give it a go. So we left Botswana after a few days of getting on top of ‘life chores’ and work in Maun, and headed in the North-West side of Zimbabwe. The border crossing was a breeze, and the locals couldn’t have been friendlier.

We made our way into Hwange National Park staying only 1 night, as we’ve had such incredible game sightings recently we didn’t feel the need to pursue any more of that just yet. For me it was more about seeing the landscape and that area of the country. It was a bit of an unpleasant surprise.
The initial shock was the coal mining that has blackened the area immediately surrounding the reserve. It has been pursued with relentless advance and the black dust that covers everything is unbelievable. Thankfully it gives locals a way to earn a living, but I wouldn’t call the area pretty. Once you are well inside the gates the environment changes, and although I see the potential in the land, it is so incredibly dry at the moment, there is little in the surroundings to find beautiful. Apparently when the country slumped to its lowest point about 10 – 15 years ago, even the animals wanted to leave the country. There was no one, and no funds, to fix broken water pumps and generators in the parks and the animals left, walking into Botswana to find a better home. In recent years attempts have been made to repair pumps at water holes to attract animals back into the area, and it seems to be working, but there is no doubt that the animals we saw here were far skinnier, and harder to come by, than the animals we saw in Botswana. 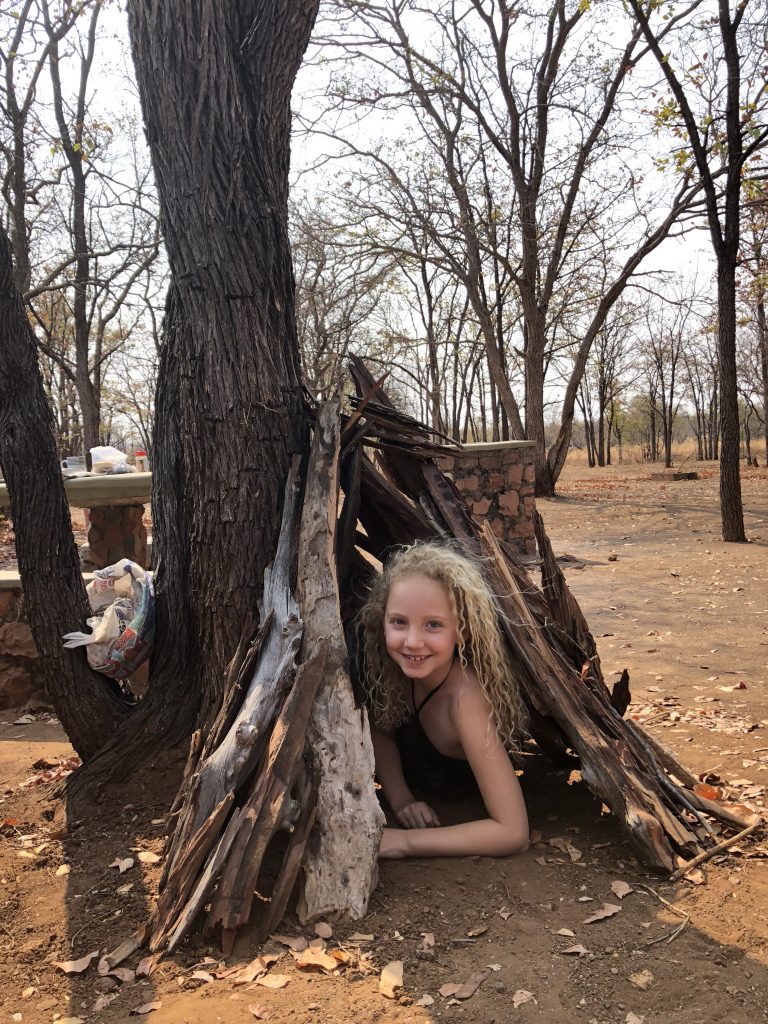 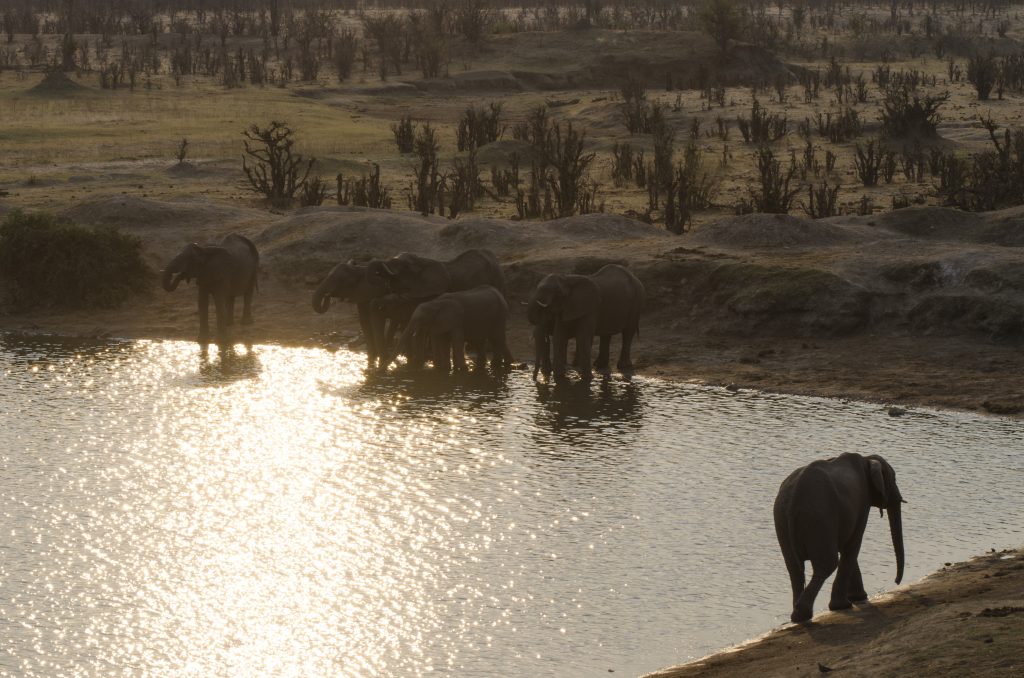 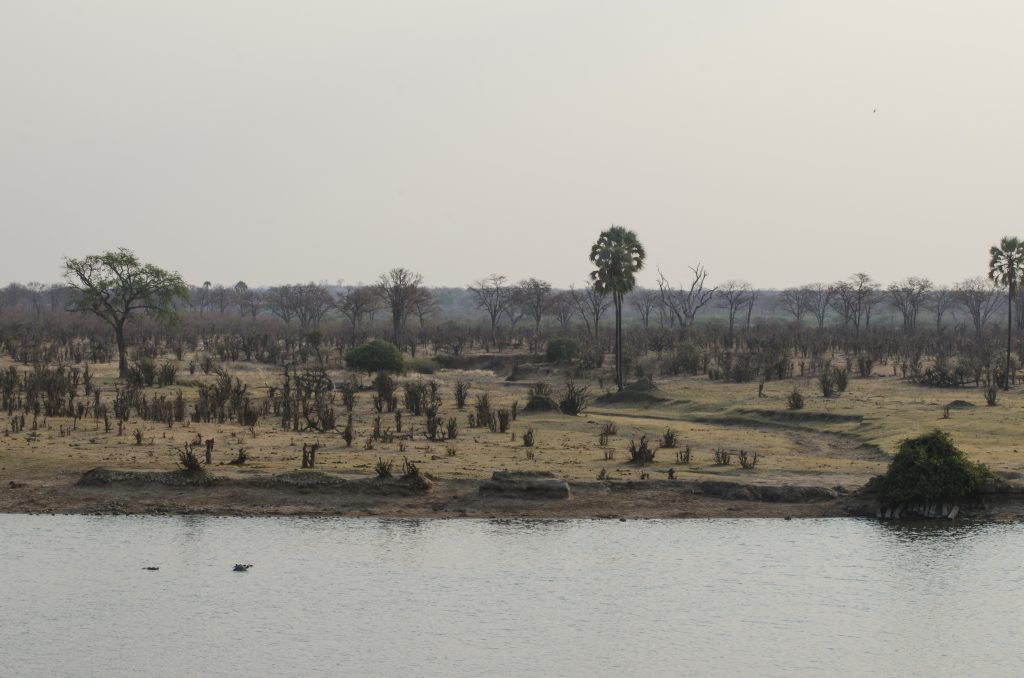 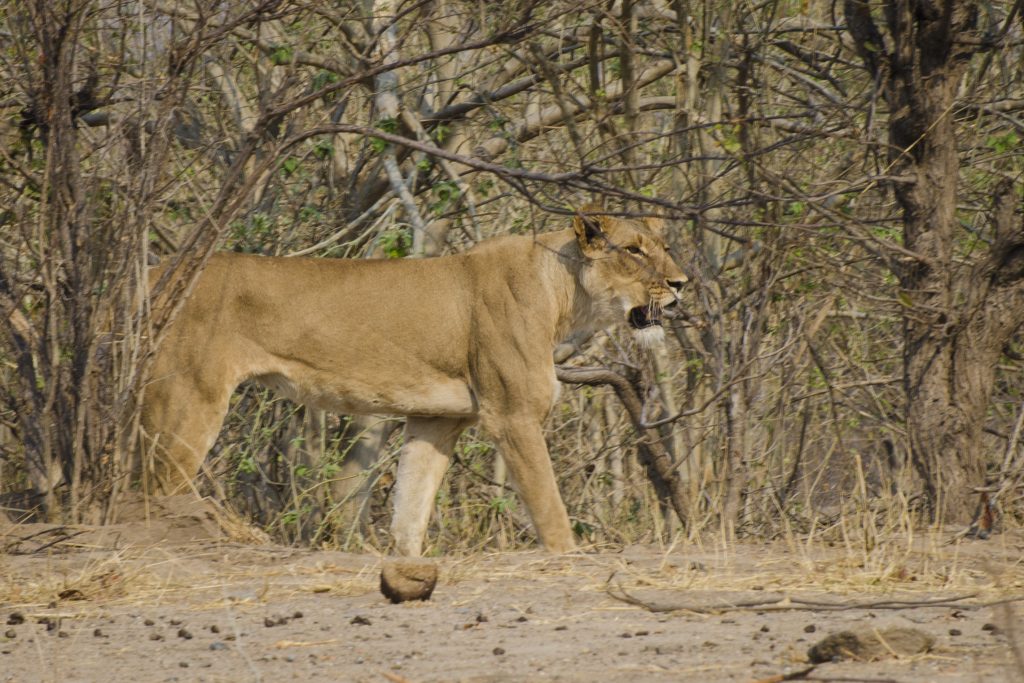 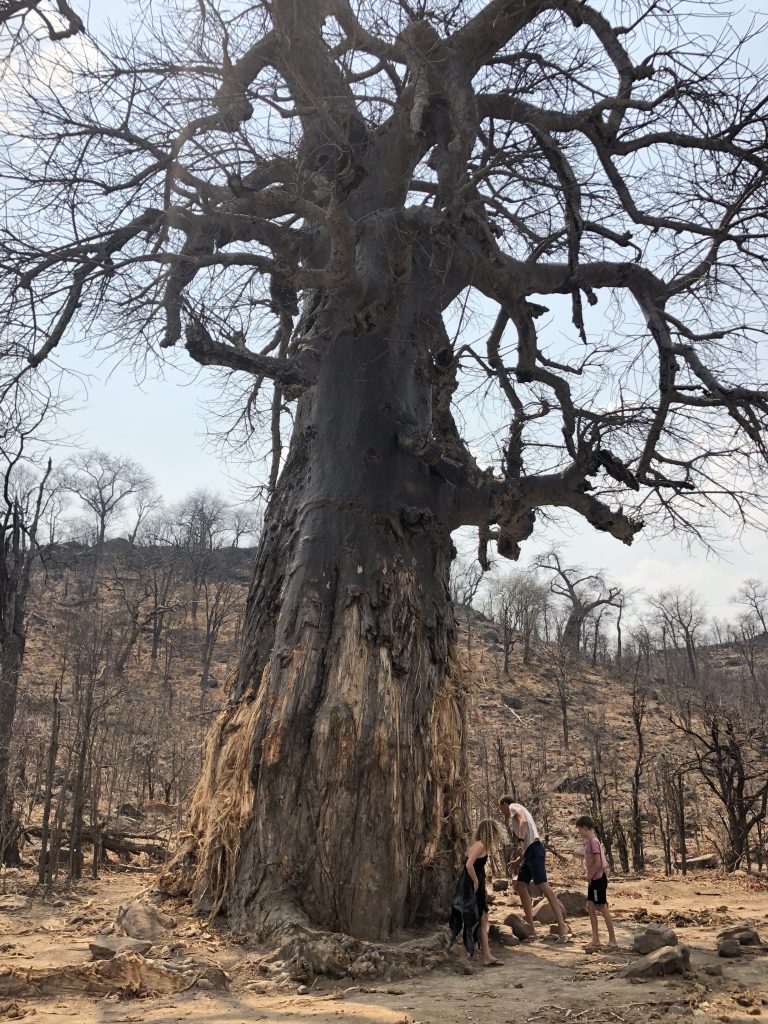 There was a lot of excitement for me coming into Zimbabwe because it is home to a couple of my ‘must see’ places. Victoria Falls is one of those, and I couldn’t get us there fast enough. I wanted to hear the thundering of the falls, see the vast columns of water and feel the spray on my face.

It was everything I wanted and more! ☺

We went into the falls first thing in the morning, because as usual, we were avoiding the swarms of tourists. It is uncomfortably expensive for South Africans, and we wanted a really great experience of the place before a million other people arrived. It was well worth the early wake up.

Seeing the sunrise over the falls is magical.

It’s more than just a gentle spray that greets you when you near the edges, and the cool shower that rains down on you makes the experience even sweeter. It’s like a tropical rain forest along its edges and the kids had an absolute ball swinging on the vines and playing in the trees. In true African fashion there isn’t much stopping you from falling over the edge, and we had to keep a tight reign on Lincoln, and enforce no running rules because parts of the area are incredibly slippery, even though we were there in the dry season. 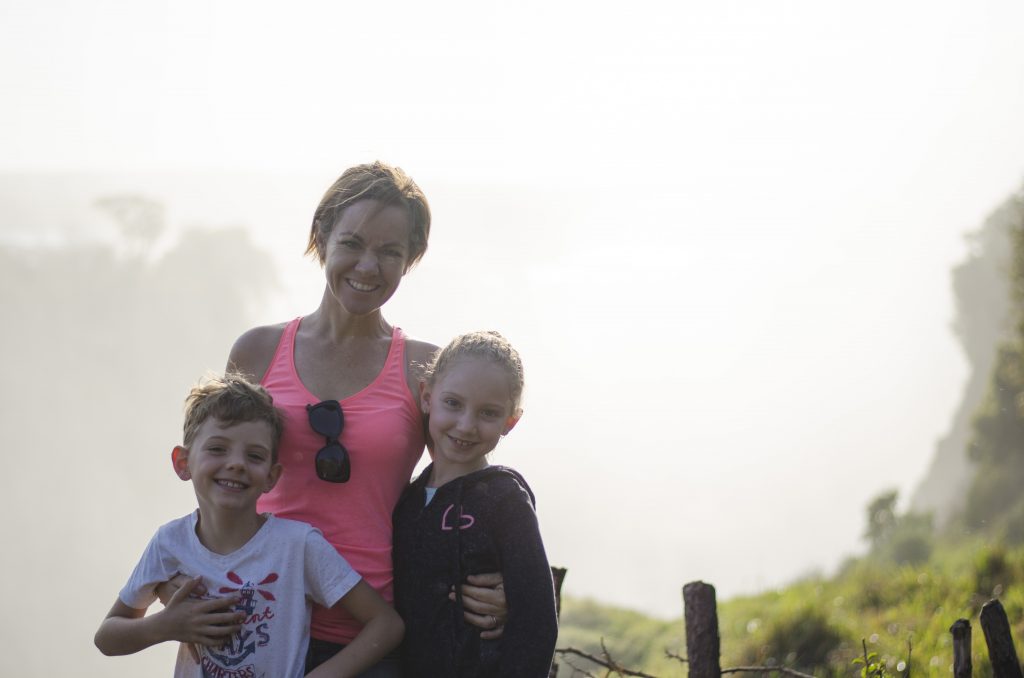 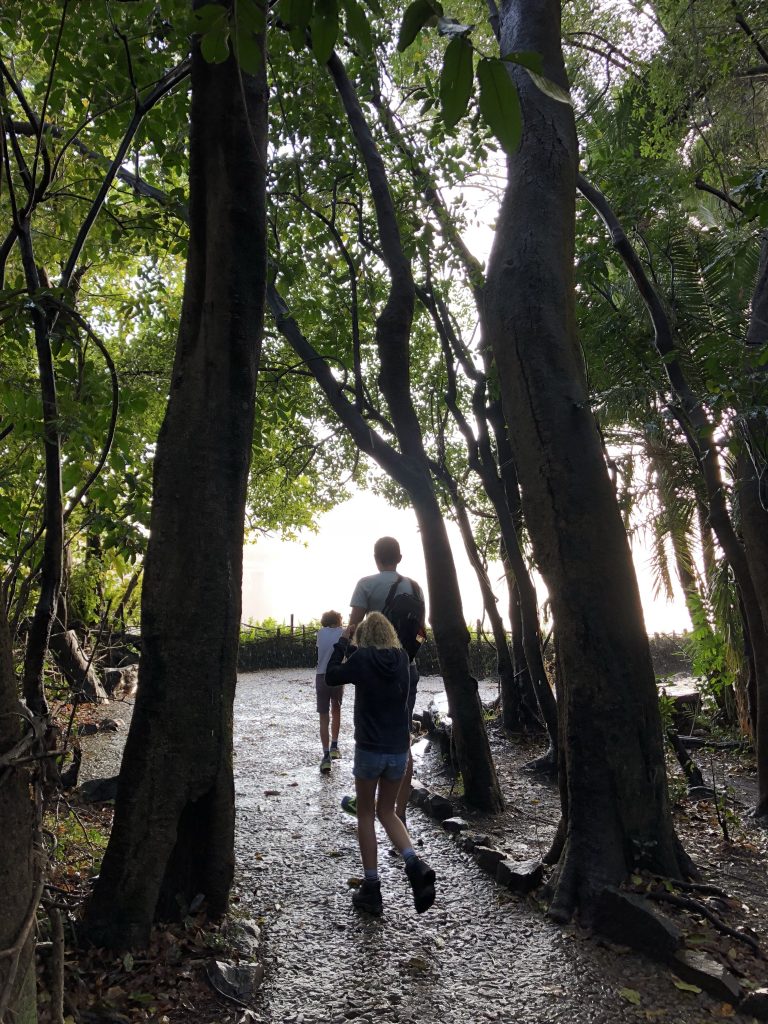 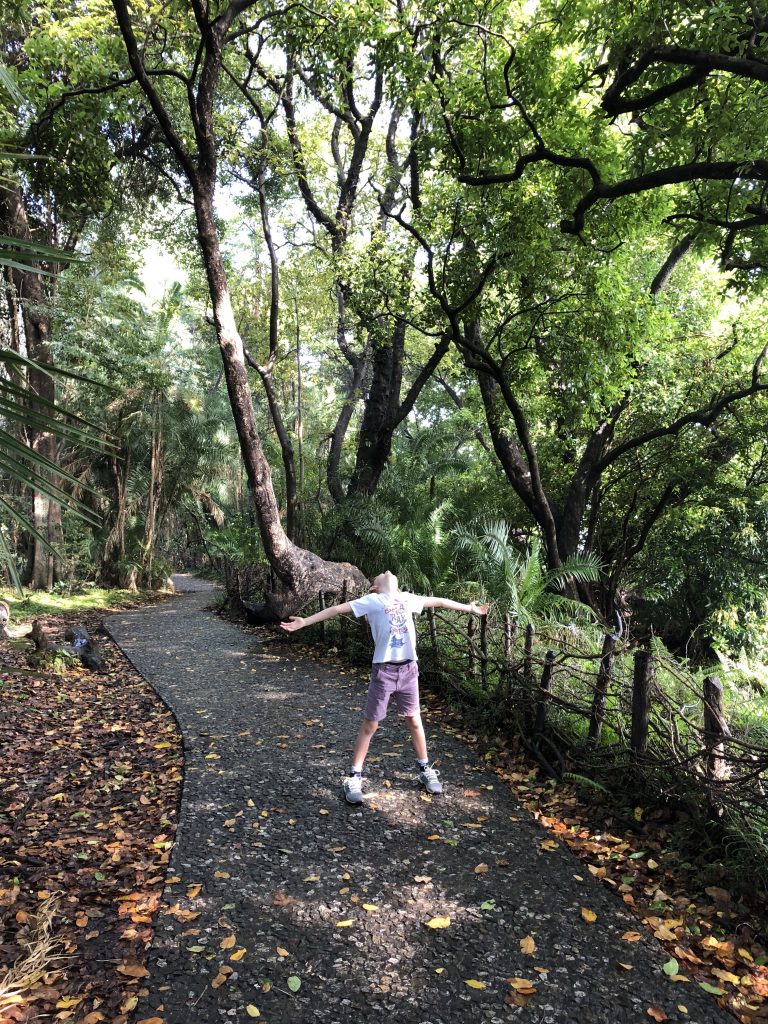 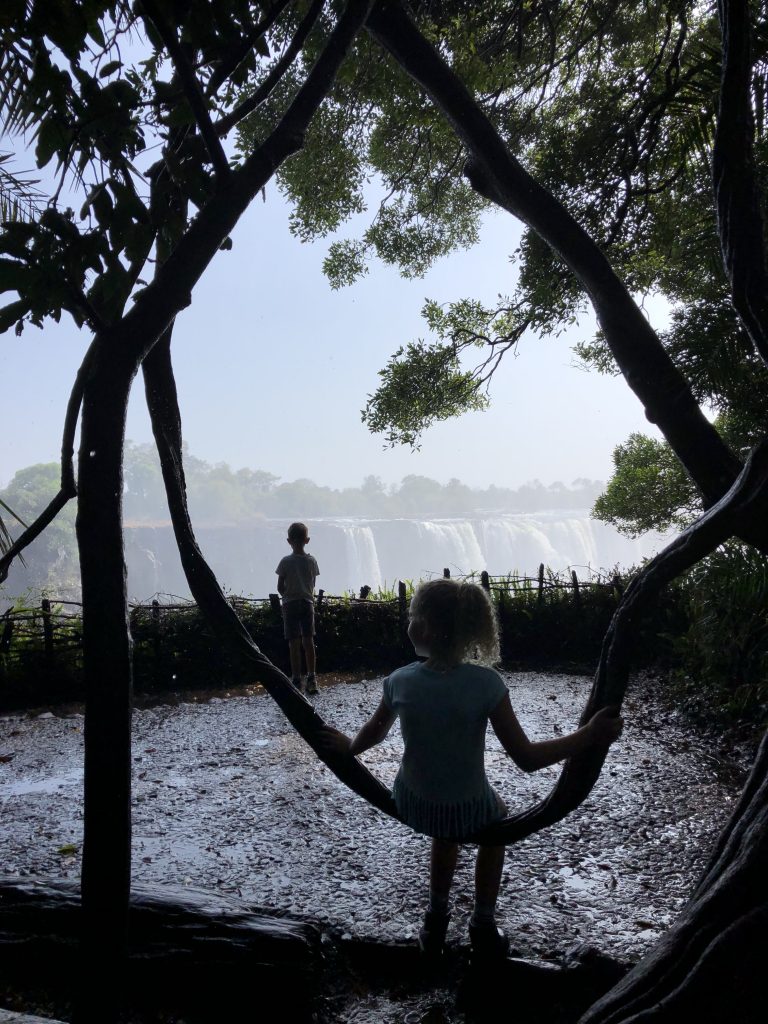 We stayed in a really fantastic camping site while at the falls and met Sunil, a fellow traveller on his own voyage through Africa. Shaun and I decided to join him on a gorge hike under the falls while we were there and I have to say; this is bucket-list stuff – truly incredible! Sadly the kids weren’t allowed to join us as there is an age limit, but once we were down there I could see why. We all had to wear life jackets and helmets and the rocks were slipperier than anything I’ve ever walked on. It was one hell of an adventure though, and we got to swim through the Zambezi with the falls thundering down above us, row ourselves across the ‘boiling pot’, and float down the river – 100% my kind of heaven. 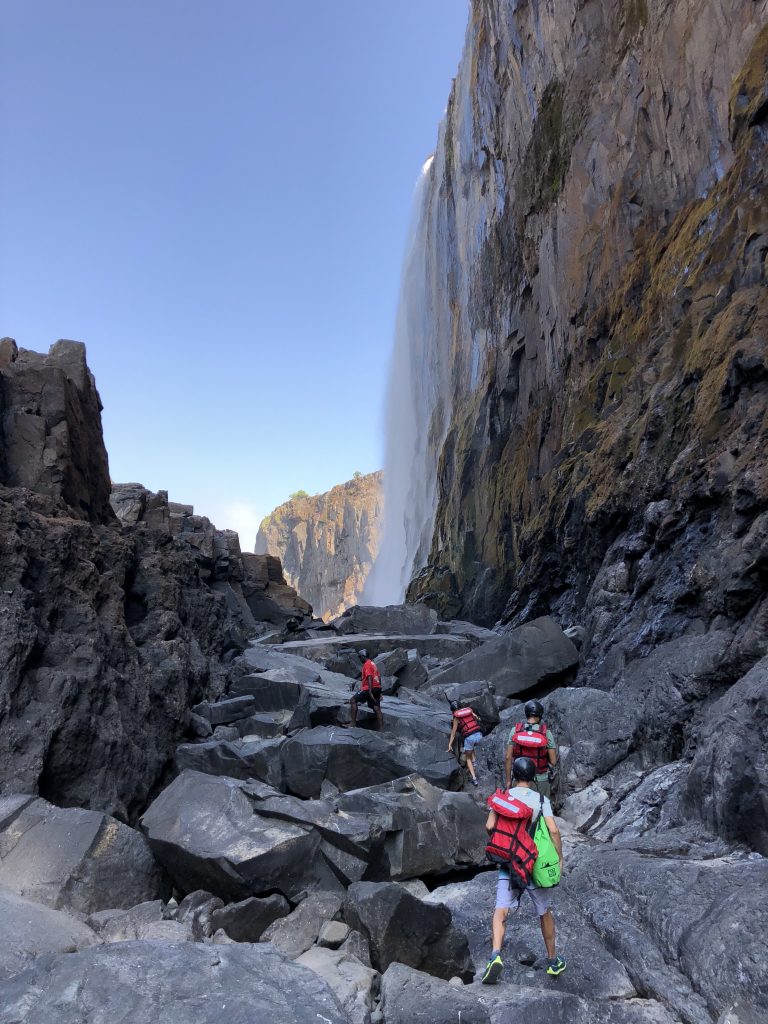 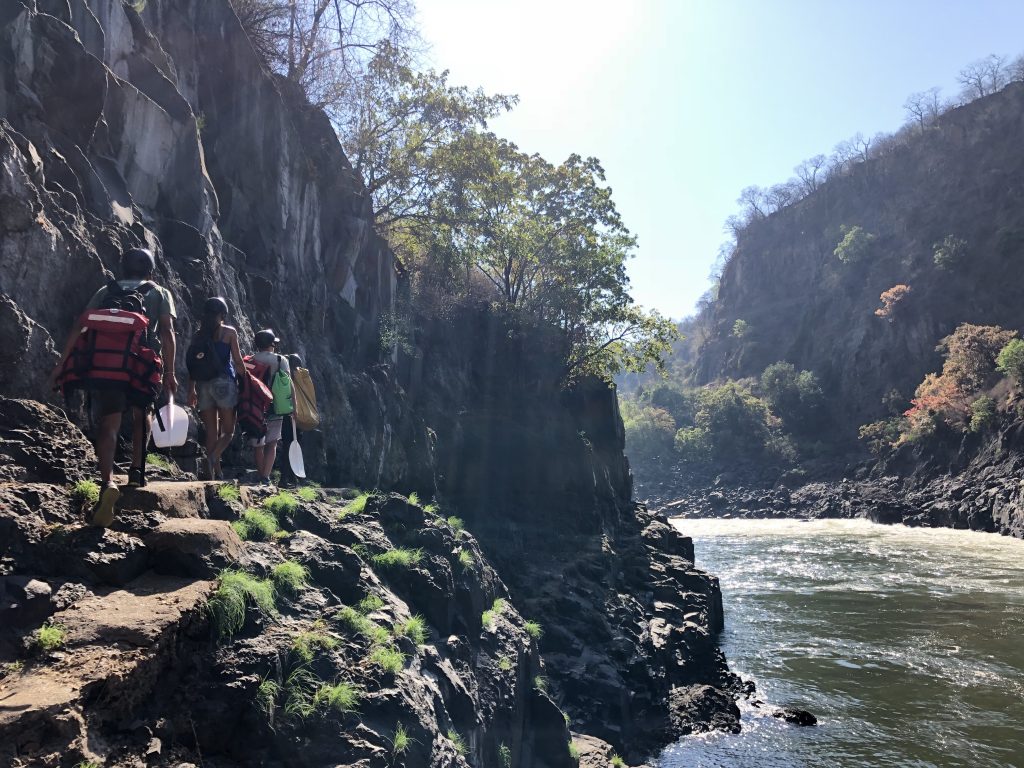 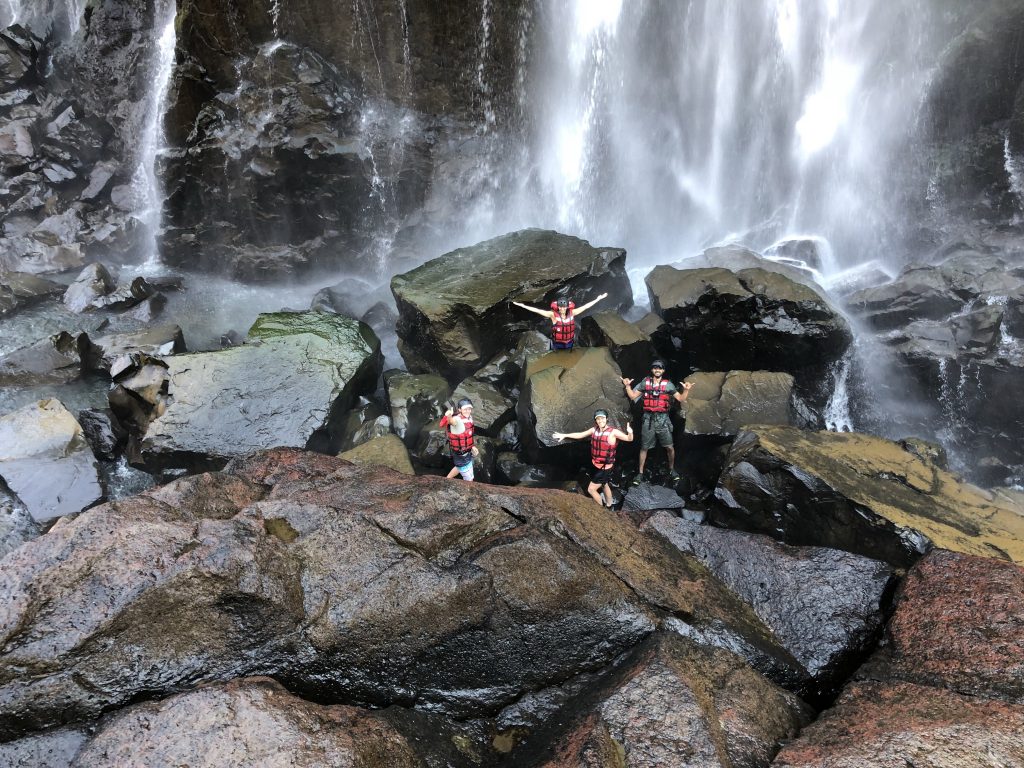 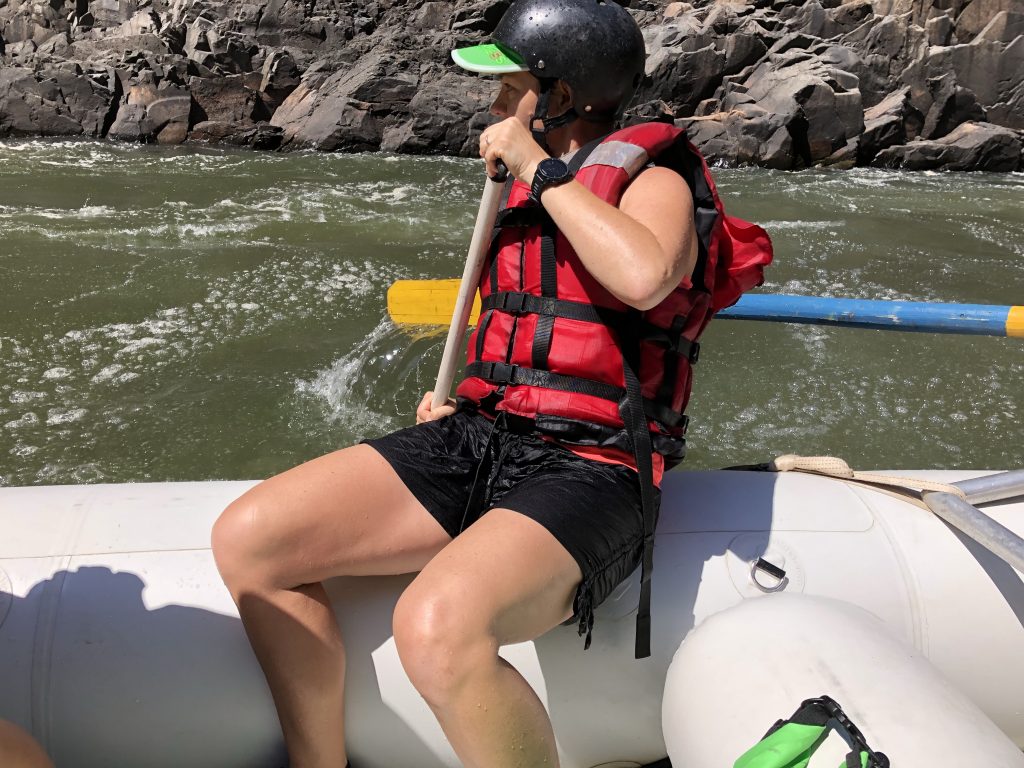 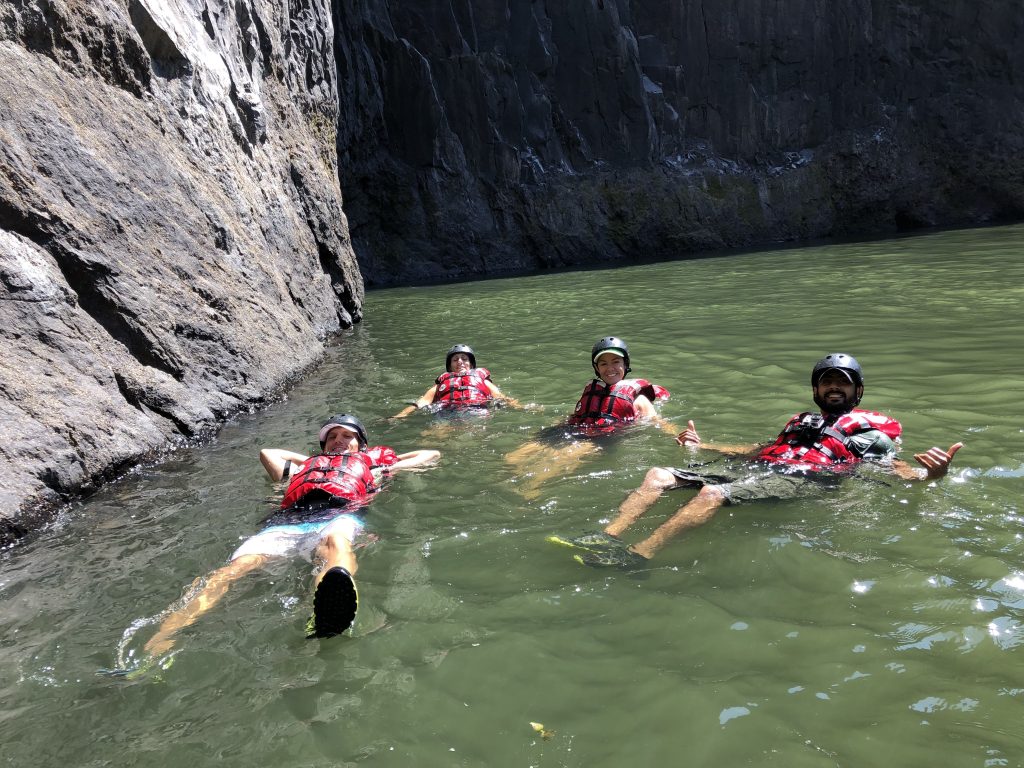 We all had such a great stay that we found it difficult to tear ourselves away. So we extended our stay by an extra night, giving the kids plenty of time to do ordinary things, like play in the pool, visit the snake park and go for ice cream. We almost felt normal for a while. I say almost, because the Zim economy is still in such disarray that it is hard to keep your ducks in a row. Wrapping my mind around how I was paying and exactly how much I was paying, was a lot more confusing than anyone living outside Zimbabwe could imagine. I’m not sure I can do an adequate job of explaining it either. The up-shot is that we are extremely fortunate to have friends that live in Harare who were happy to explain how the currency works.

Basically, you have American dollars. This is the currency. All prices are in dollars, you pay dollars in the shops, and everyone talks in terms of dollars.

Then you have Bond notes. This is not a legitimate currency and has no value anywhere in the world except Zimbabwe. The reason it is around is because there are too few physical dollar bills in Zim, and they had nothing coming out of ATM’s when people went to draw money. So this is a replacement note, meaning the same thing as dollars, but not actually being the real deal.

Then you have EcoCash. Ecocash is not a hard currency; you can’t draw notes of it from an ATM. EcoCash is loaded on a card or used from your phone. It is also dollars… BUT… it trades at a premium to the dollar, because actual dollars are in such high demand, so you can currently buy it at roughly half the price of a dollar, if you have the hard dollars to trade. But, this is only possible on the “parallel market”.

So in effect, if you know about the system and know how to use it, everywhere you go and pay with EcoCash, you are effectively getting things at half the price that anyone paying straight dollars would get them at.

This is obviously how the locals shop, buy fuel, eat out, etc. The trick is you have to find someone who is prepared to sell to you at the street price, otherwise you will buy from EcoNet (the telecom service provider company who hosts the system) at an exchange of 1:1.

All of this is VERY confusing!

Zim is not priced for anyone who actually lives in Africa! It is exorbitant. When you see the price of the food on the shelves, especially the fresh produce, you will want to pay half for it. In fact even half is a lot when you see the quality of it.

It seems that even now, the new government is just a change of face, rather than a real change of power. Let’s hope that the real change is coming, because as it stands, Zimbabwe is still off-limits to most of us when you look at the price. 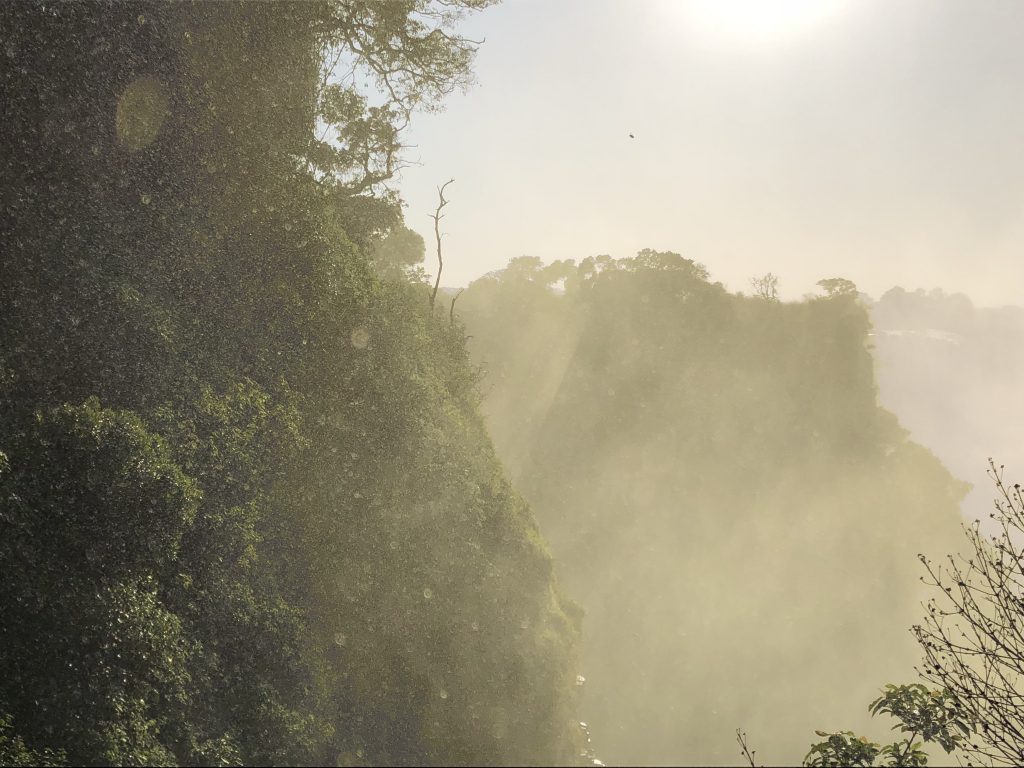 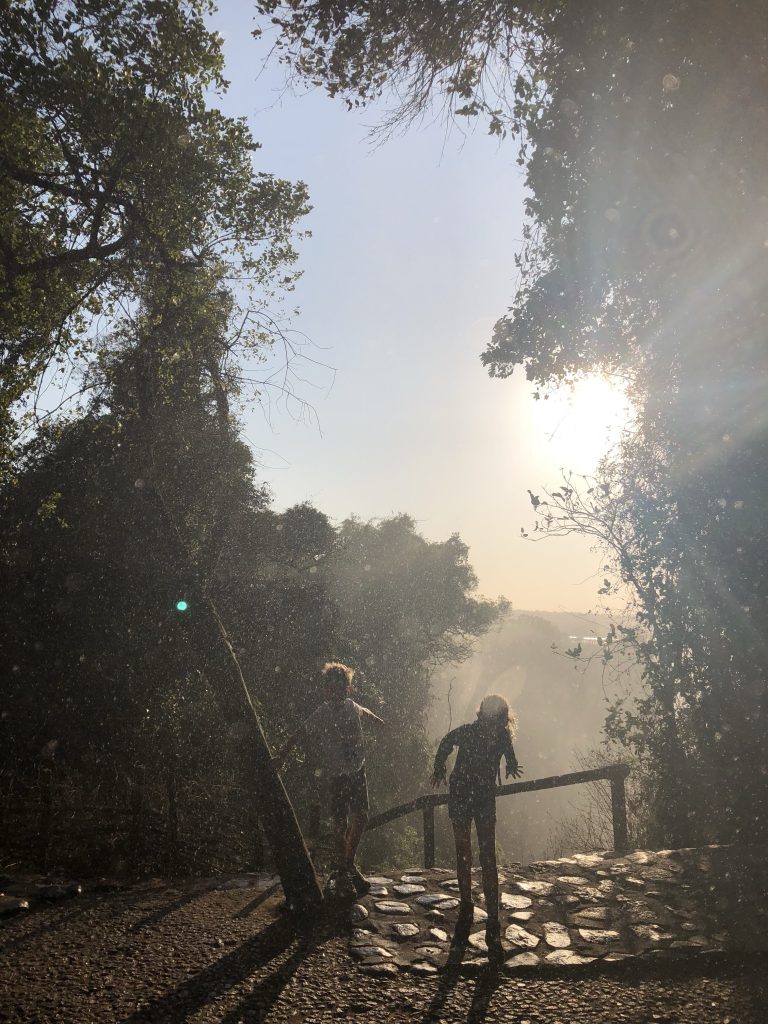 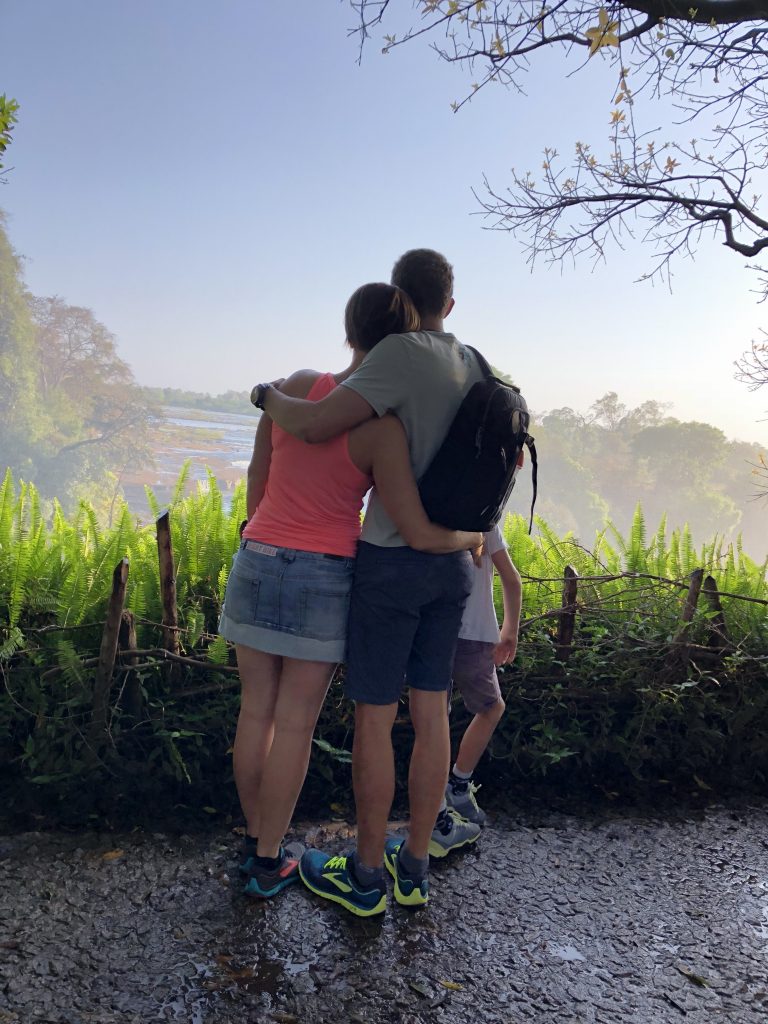 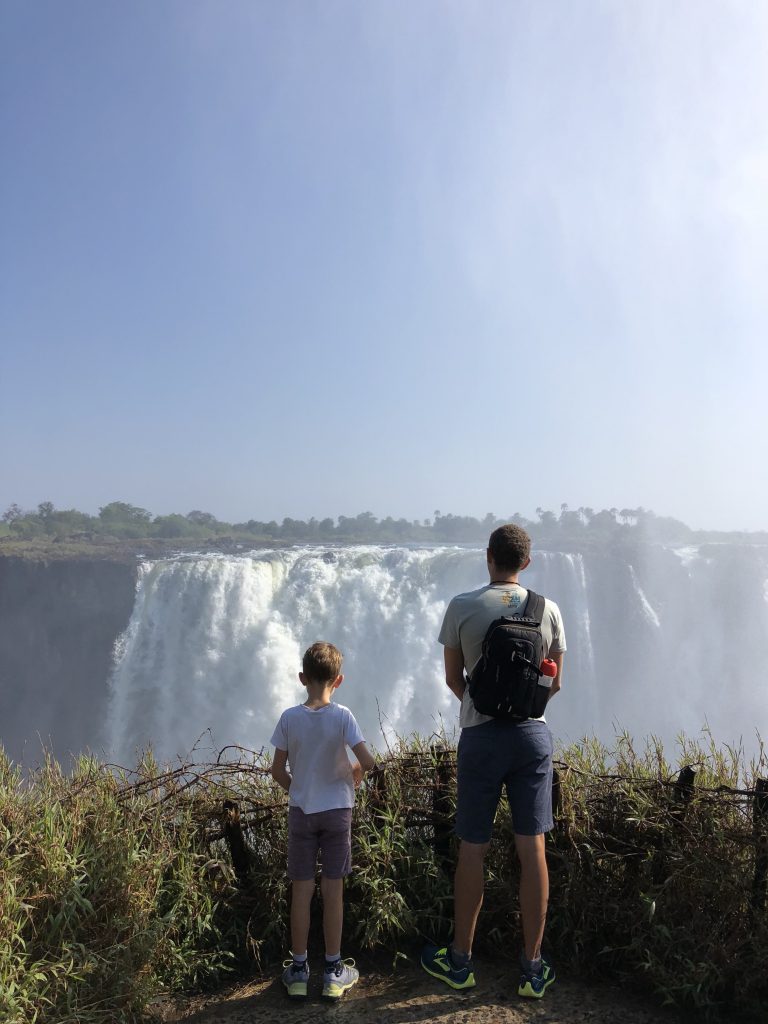 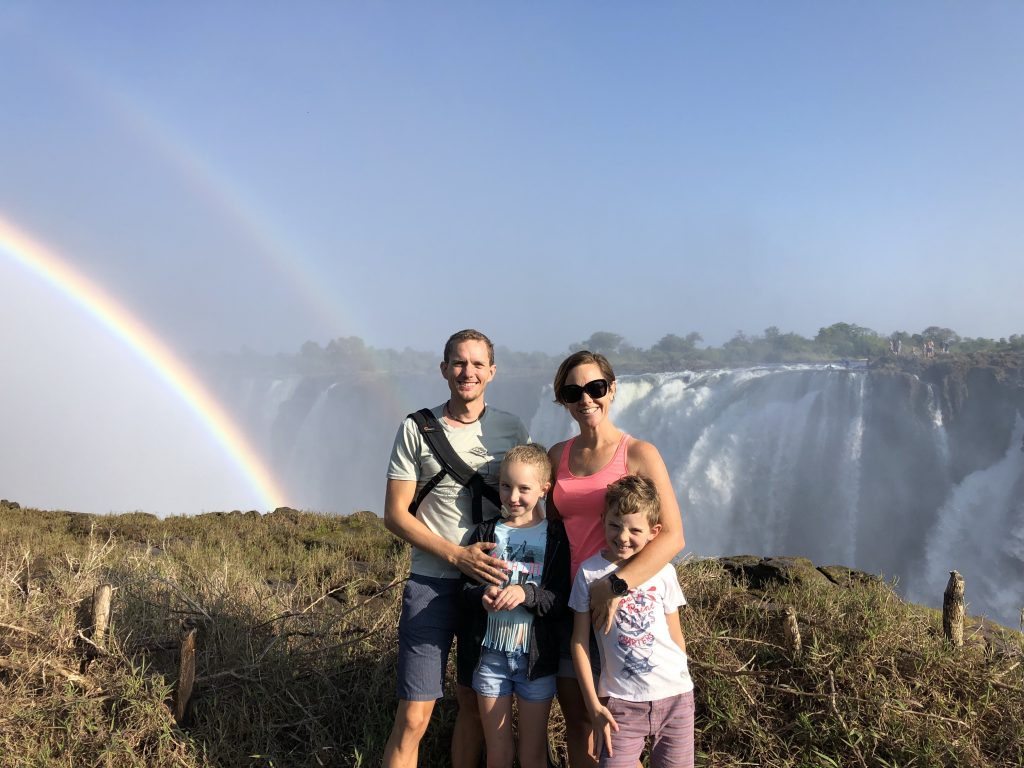 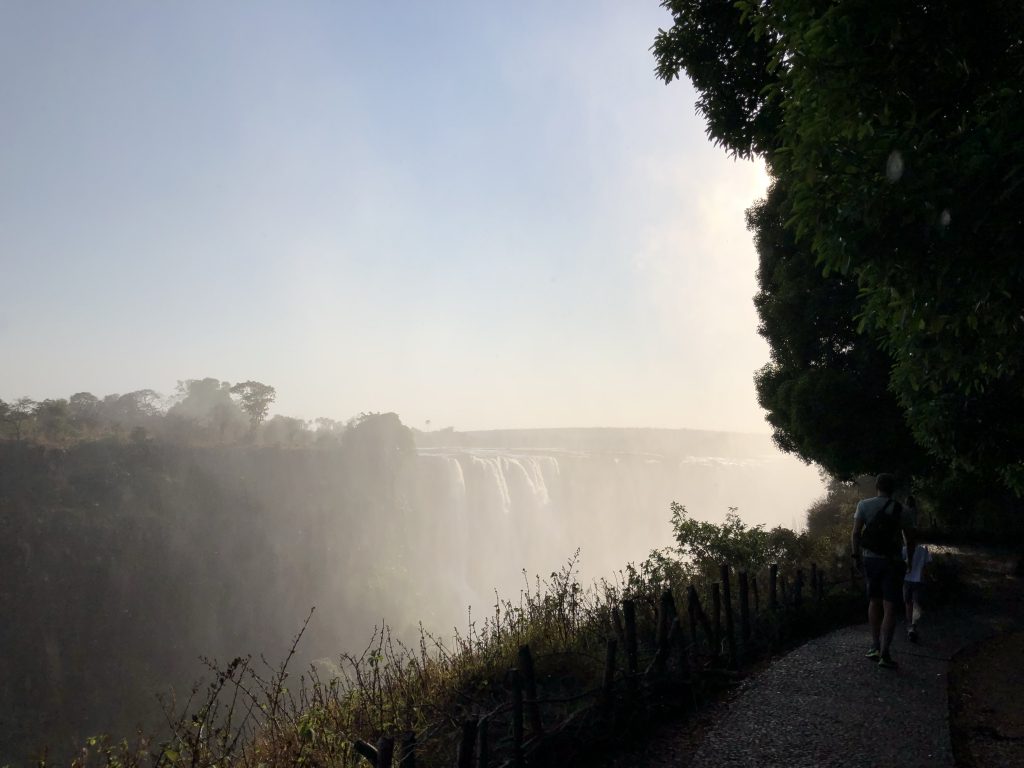 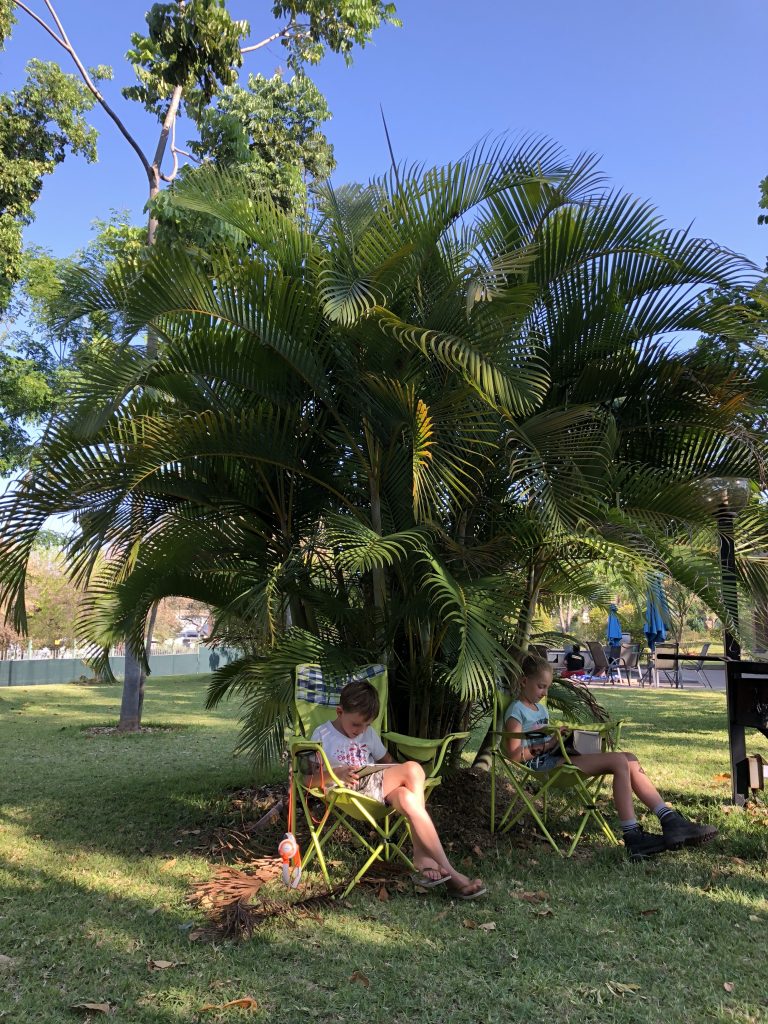 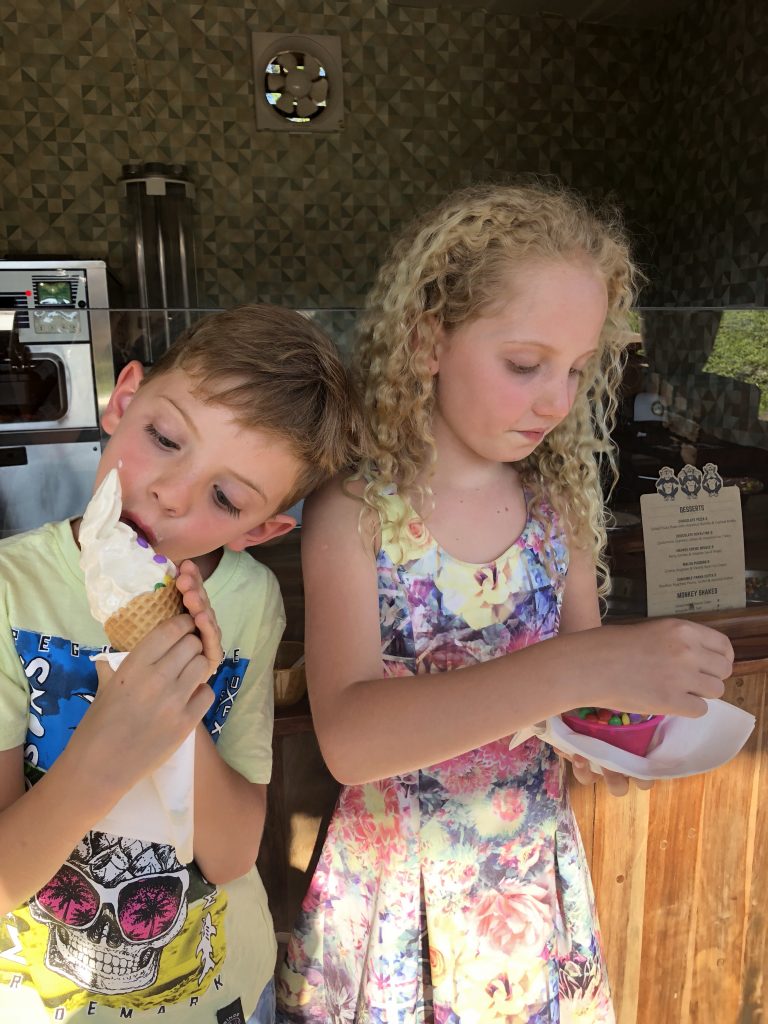