The south of Llandudno rocks.

A recent foray up Little Lions Head had us looking down on Sandy Bay and the southern end of some of South Africa’s most prime real estate. Llandudno. Oh, how the sun shines brighter, the air smells sweeter, and the houses are built for royalty.

Our not being royalty means spending time in this neck of the woods puts us at a distinct advantage, we can truly appreciate it. The views are spectacular, the cleanliness top notch, and being relatively remote meant the rocks we chose to explore were entirely devoid of people.

There is a huge rocky outcrop that extends around the southern bend of Llandudno, sneaking in and out around the coastline towards Hout Bay. Exploring the section before Sandy Bay was a treat we’ve been anticipating for a long while. Saturday’s weather was perfect form for a morning next to the sea, so we gathered the kids, had a delicious breakfast at our local favourite spot, and hit the rocks.

The more popular Llandudno rocks to explore are at the northern end of the bay, there are almost always people hopping around the rocks and solitude is a luxury you don’t have there. Now I realise having two children means solitude is a luxury we don’t have anywhere, but I would happily pick the company of my kids in the outdoors. They are happy, inquisitive and respectful. Three qualities we constantly encourage, placing great importance on them in our explorations. So, taking my monkeys (including my husband) and hitting the lesser-known rocks on the southern end, was bliss.

If you park in the Sandy Bay parking and walk down the road instead of towards Sandy Bay, you will discover a path leading straight out to the rocks. There is no bush whacking required, and the rocks are almost touching the road.

The view is breath taking.

Arriving in the morning meant we were lucky enough to catch the last of the cool misty air, giving the bay a magical quality and making you feel even further away from the mundane. We were pleasantly alone, and allowed to roam the rocks, climbing, hopping, and appreciating the beauty that surrounded us. We found a perfect rocky cove where the waves swept in and out at a pace that allowed us to play in the water without being knocked over. The water was as expected, unequivocally frigid, but a beautiful fresh start to the warmer weather and the promise of spring. 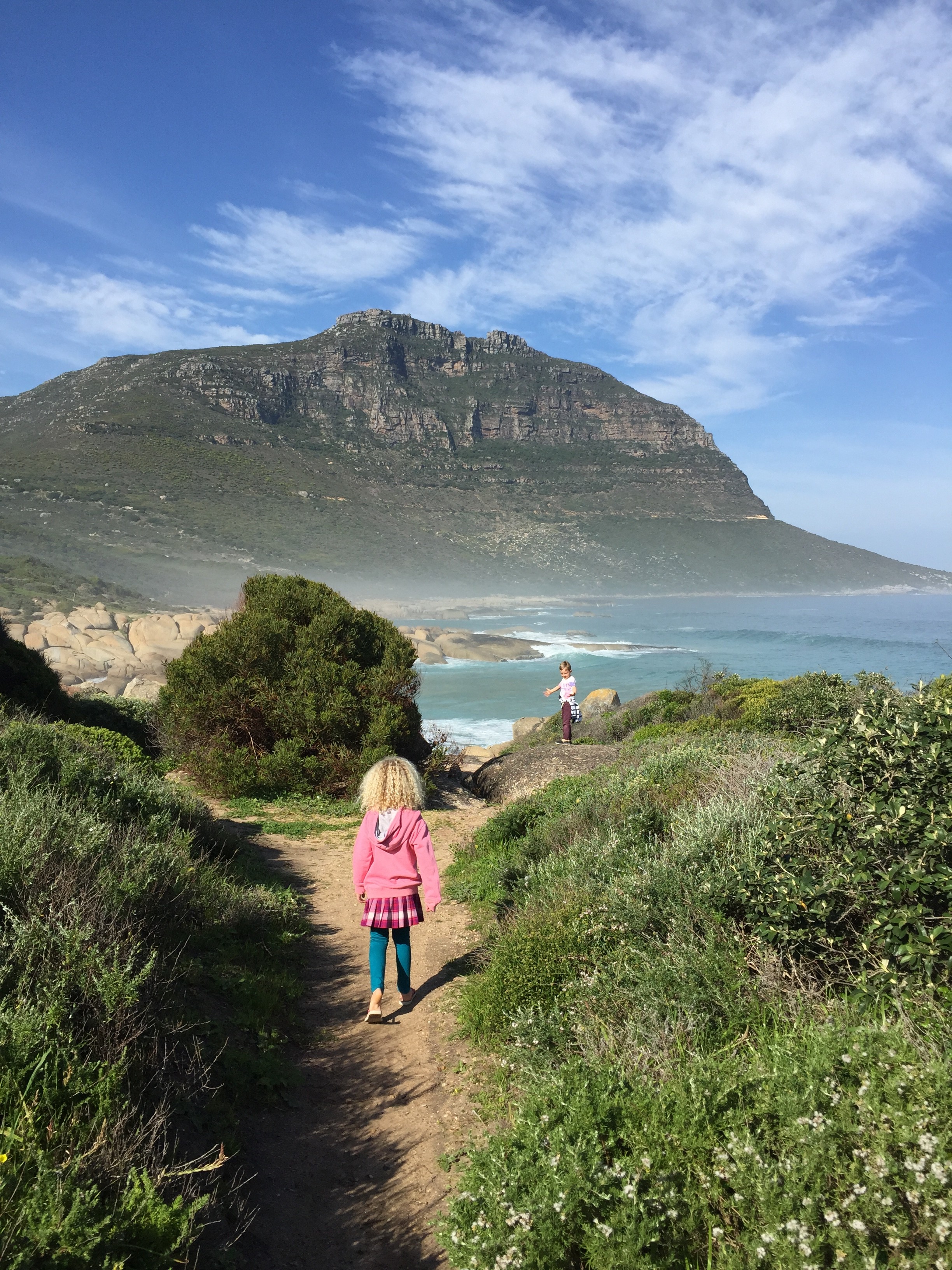 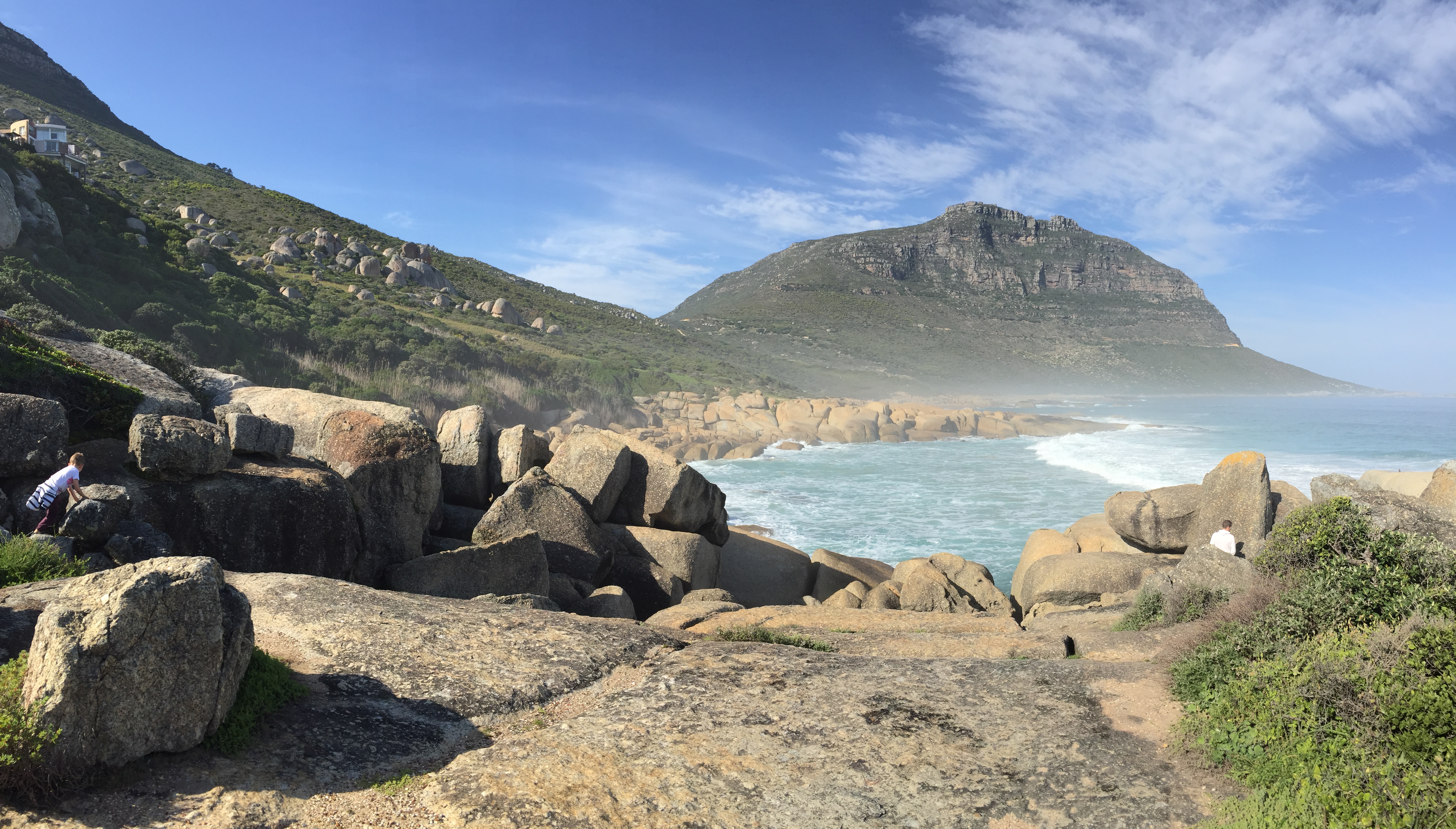 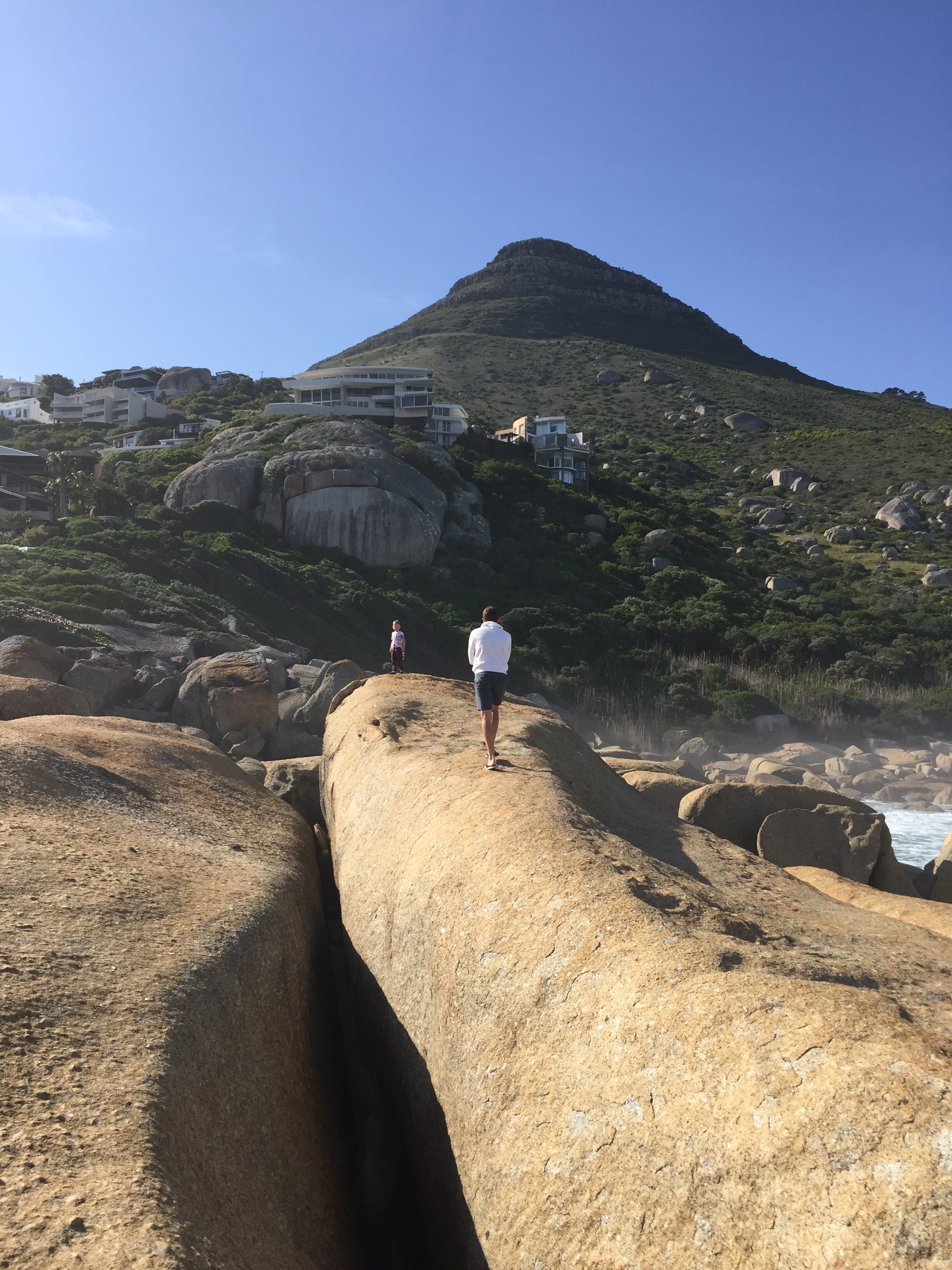 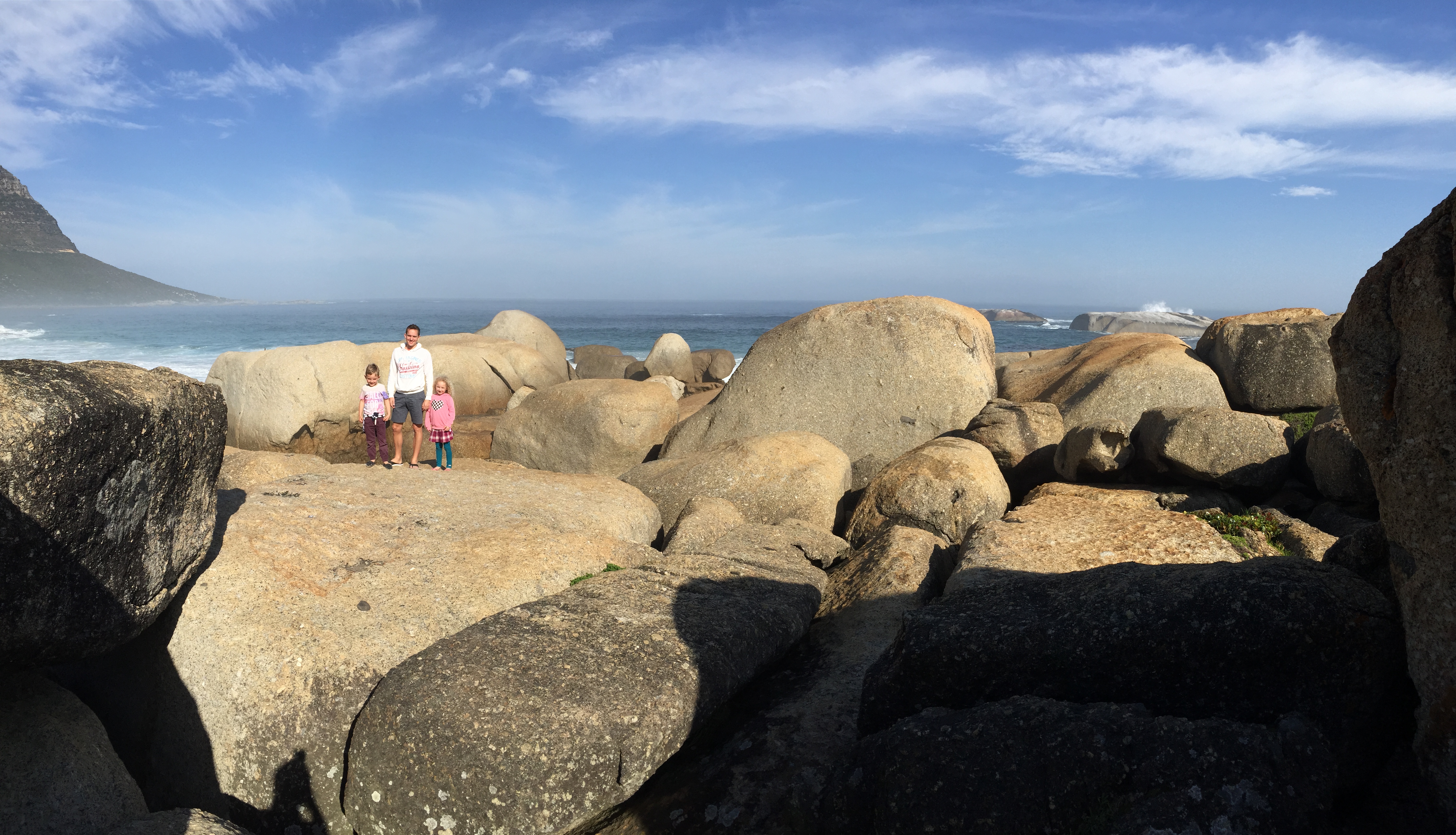 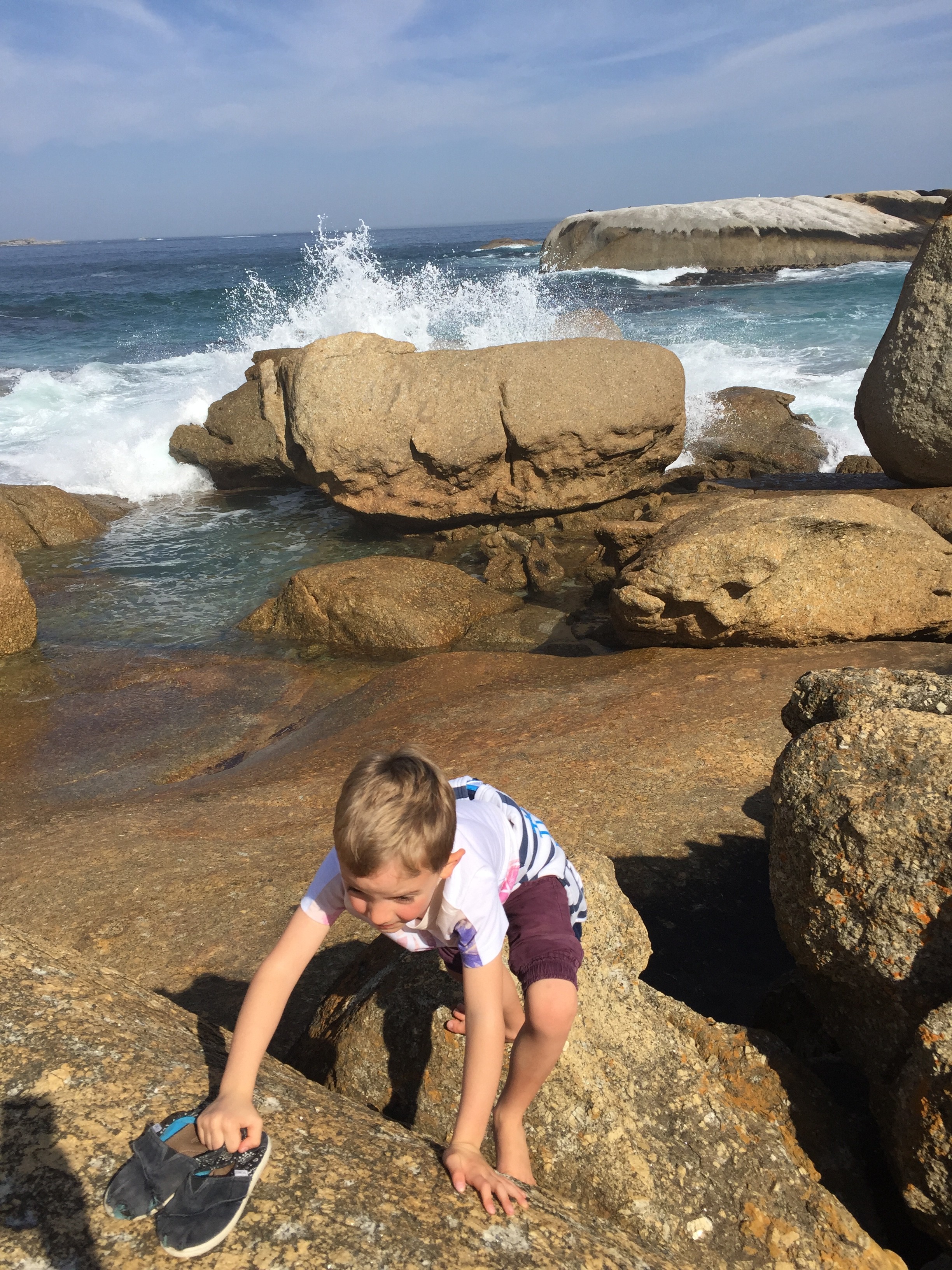 This is a hideout I intend to visit often in the coming warmer months. If you looking for something a little off the beaten track, I would recommend giving these rocks a try.

Would I do this again?  This is an affirmative. Absolutely. Yes. Let’s go!

What to be aware of?  Llandudno gets the sun quite a bit later than the rest of Cape Town, being on the west side and all. So if you go early in the morning take a jersey, there can be a nip in the air.
Some of the rocks are quite knobbly, I would suggest a pair of flip flops or comfy shoes to go rock hopping in.