Life On the Okavango 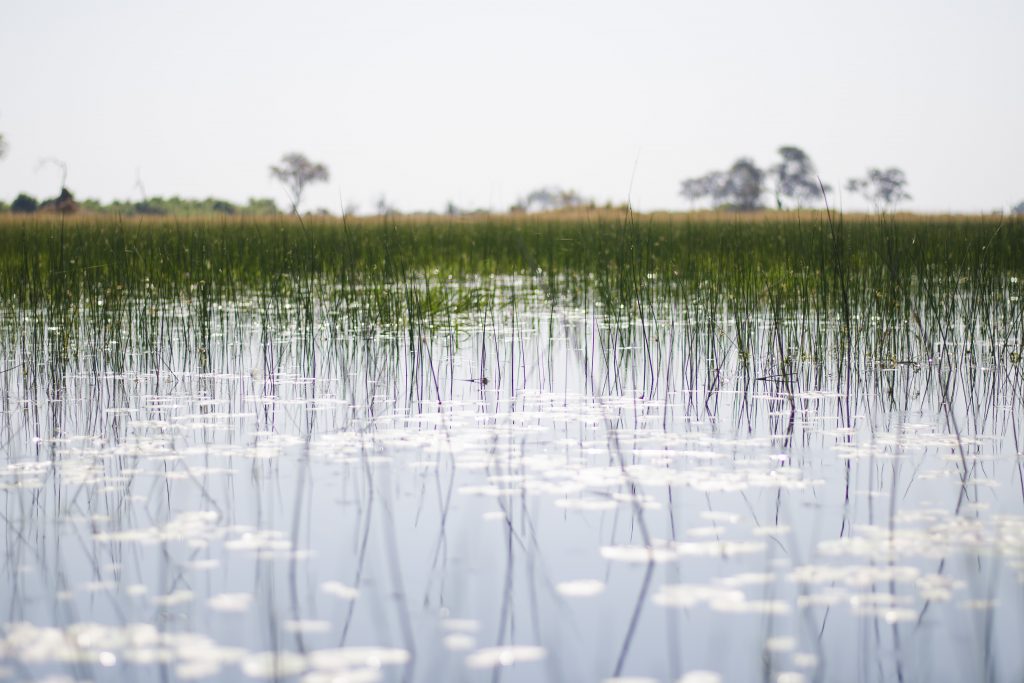 Be warned, this is not a tame tail. Life in the wild can be exactly that – wild! Before any of you think we are negligent parents, I just have to say that we didn’t know we were going to be camping 100 meters from 6 lions, or that our guide would take us right to them. For us this was about experiencing mokoro life, living like the people of the waterways. It turned out to be a more game-filled experience than we ever could have imagined though.

A mokoro is a wooden canoe, a dug out tree trunk. The people of the delta use these boats to travel across the marshland, pushing themselves with long poles. It is graceful and slow. You listen to the sound of the water as your boat gently glides over the surface, and you hear the drops of water falling from the pole as it is lifted in and out of the water. You watch water-lilies bob around and listen to reed grasses rustle. It is therapeutic and meditative. I could spend many hours sitting in that boat. The kids dip their hands in and out the water, letting their fingers trail along the surface, reaching out to pluck water lilies from their pads as we pass. It is nothing short of heaven. 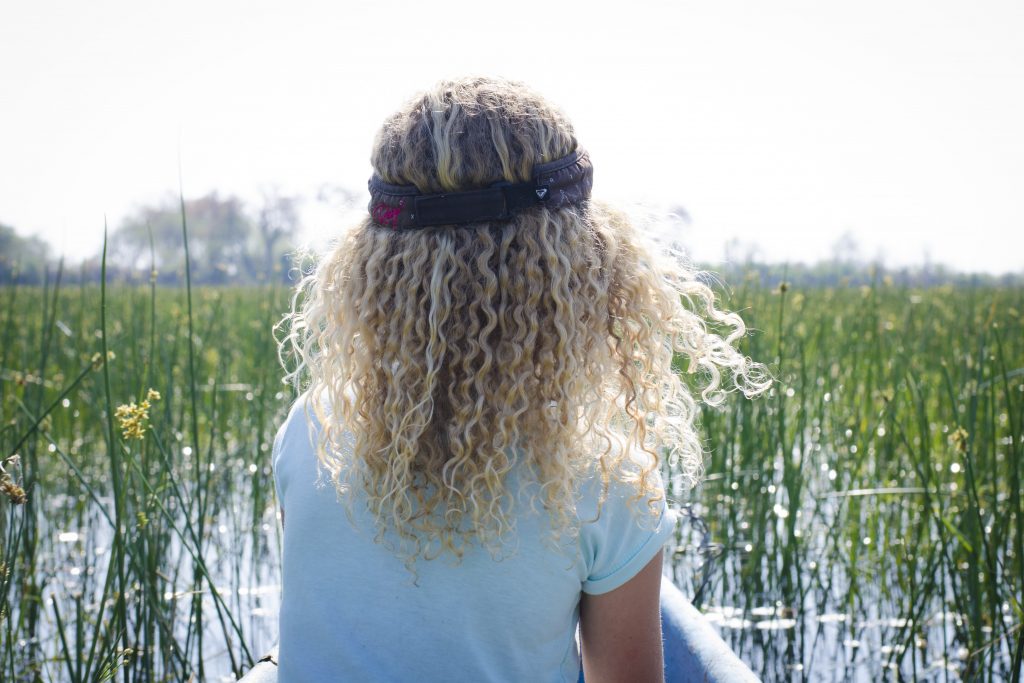 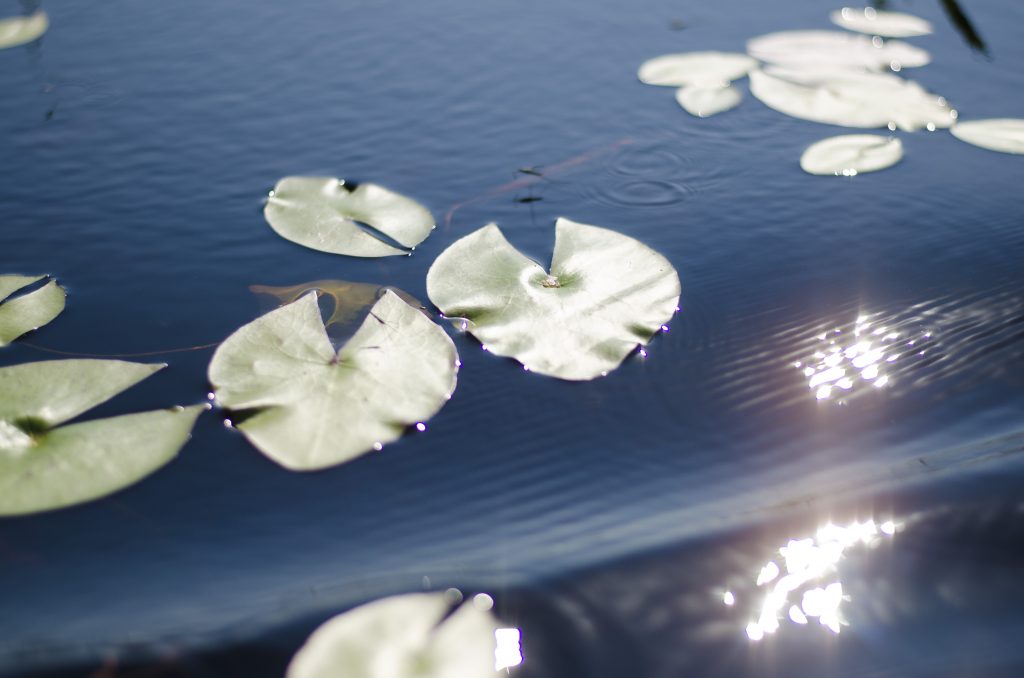 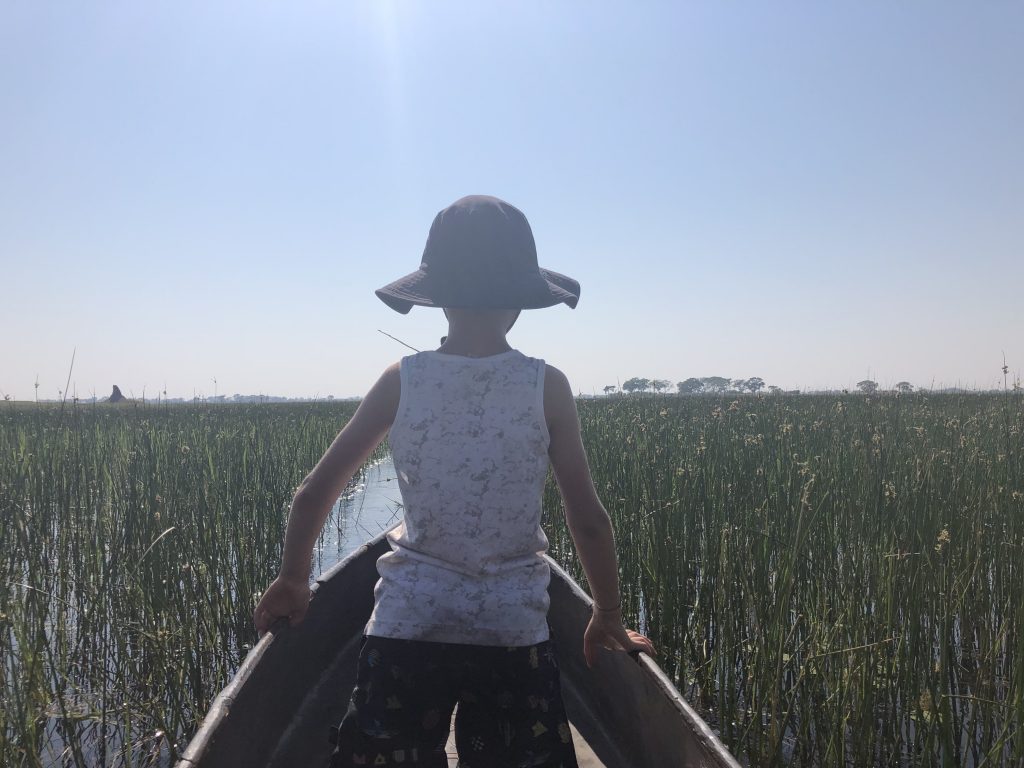 We had 2 guides and an extra poler with us, and set off down the waterways, before finding ourselves a shady spot to pitch camp for 2 nights. Our guides were lovely and spent the day teaching the kids how to pole the mokoros, and watching while we swam in a ‘safe’ pool in one of the waterways. It was sweltering hot, like it has been for the better part of 2 months now, with temperatures pushing 40 degrees, so there was no question of whether or not we were going to swim. Crocs and hippos be damned.

At 5pm temperatures begin to drop and bushwalks become a reality, so off we set into the island, thinking what a lovely nature walk this would be. Learn a bit about the island, the people, what plants they use… So what a surprise for us when 2 minutes into our walk we round a corner into a half eaten zebra! There was a moment of confusion, another moment when Shaun and I looked at each other, and then a large penny dropped. My mind was still trying to come to terms with what we were looking at and the reality of what it meant, while our guide casually walked up to the no-longer-with-us zebra, and gave it a good few nudges with his foot. Obviously not assessing its liveliness, more establishing time of departure I think. Shaun, the kids and I stood there rather transfixed, before slowly retreating with all our senses tingling. About 10 meters away the struggle scene was almost palpable, we could see where it all happened and how far the zebra had been dragged. It was phenomenal to be standing in the middle of that scene. We didn’t hear or see the lion, but implored the guide to move us away in another direction, despite his seemingly nonchalant attitude. The rest of our nature walk was calm and beautiful, but I couldn’t shake the thought that we may owe our lives to that zebra. Had it not been there we may have been the next thing to cross the lions path. Dramatic – yes, but it was rather a dramatic walk. 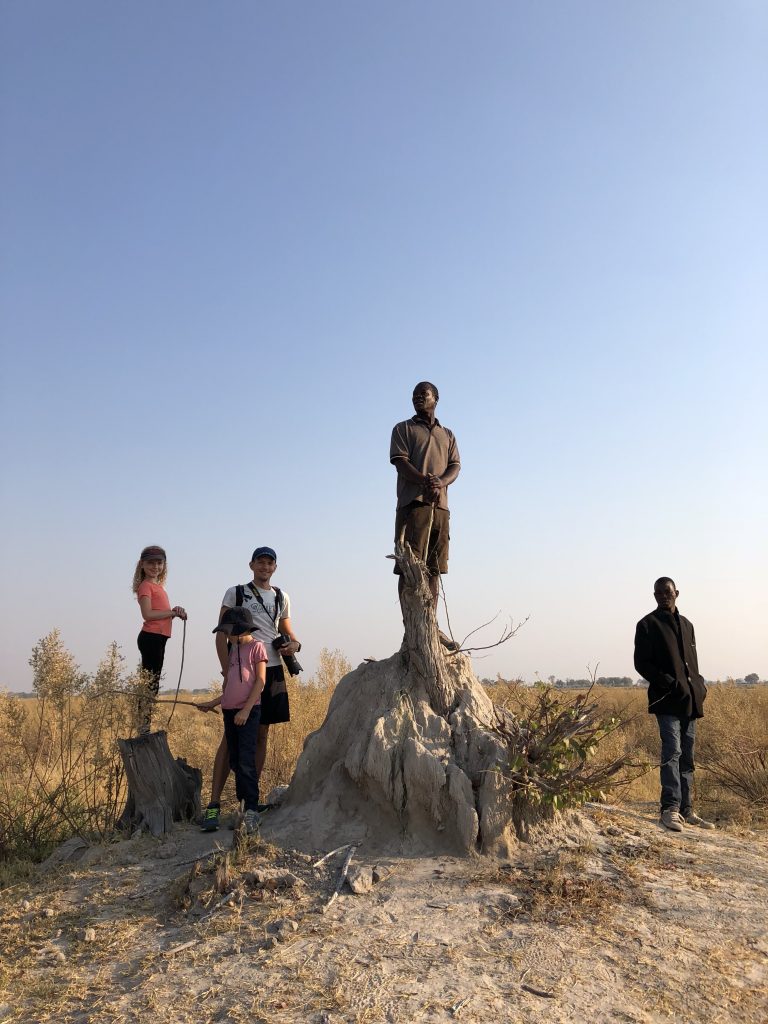 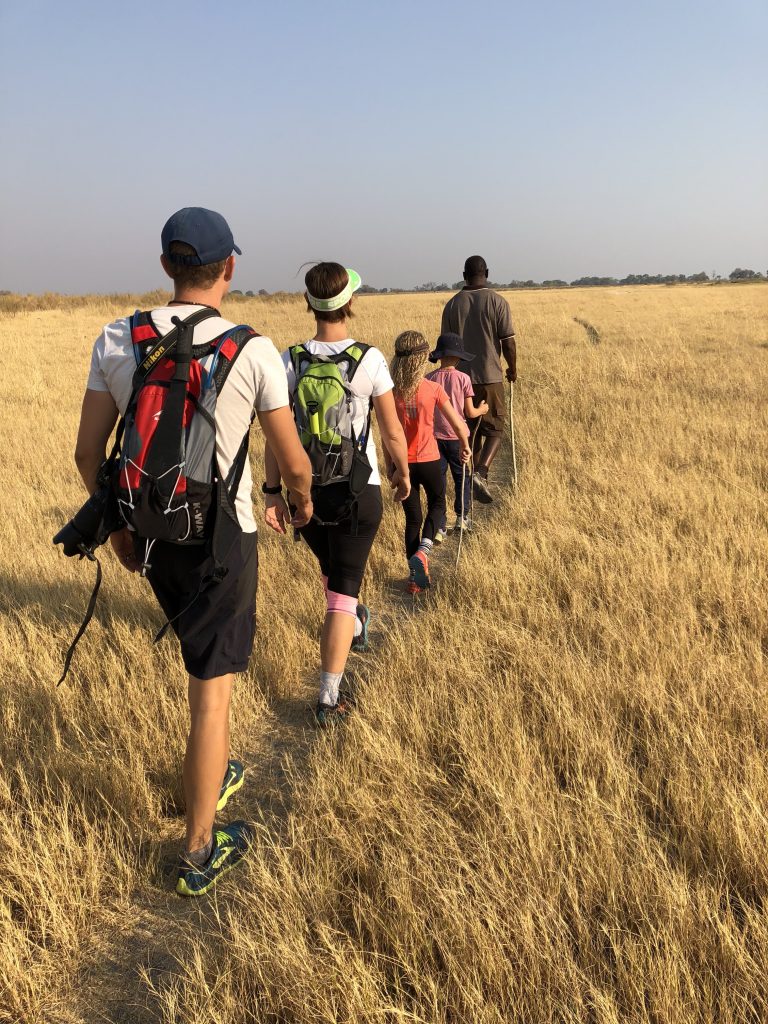 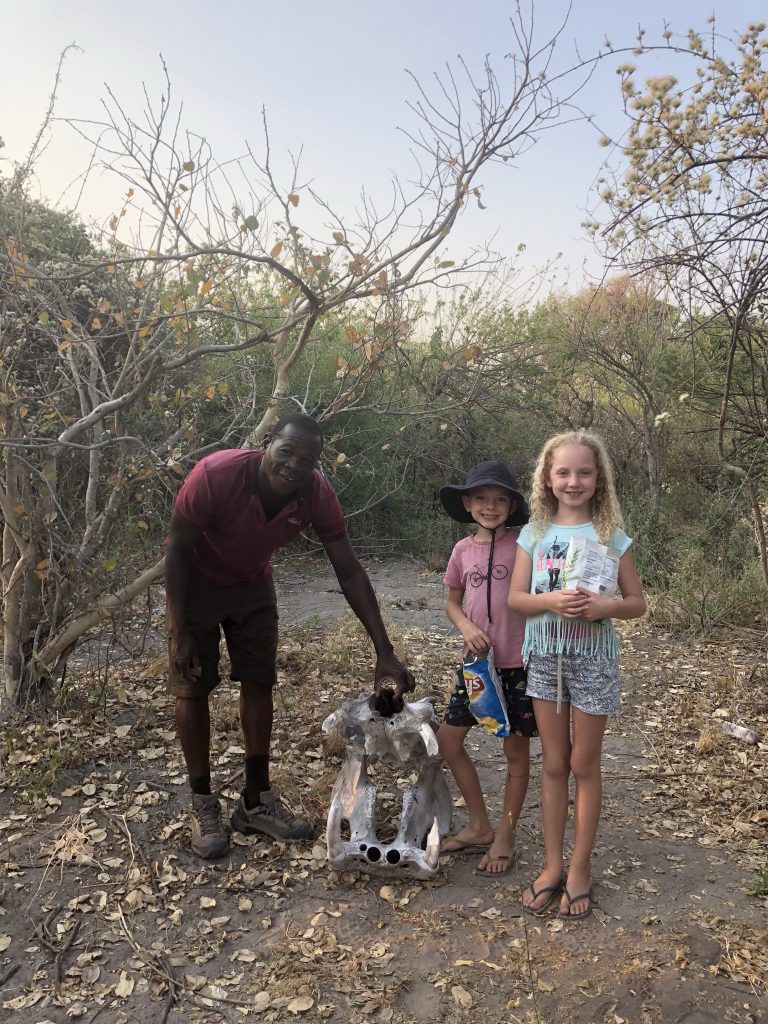 When we got back to camp and told our other guide of what we found, he was ecstatic. He informed us that as a bushman, he had to go and have his share of the lion kill. Apparently zebra is delicious. So off our 2 guides set. About 10 minutes later they emerged from an entirely different direction, rather hot and overexcited, and with great glee informed us that the zebra was no longer where we saw it. They followed the trail around some bushes and walked head first into 6 lions – a male, female, and their 4 cubs. As the lions were eating at the time, it was obviously rather difficult for them to cut off their share. Not surprisingly the lion also weren’t that keen on sharing. Now this is the part where in my mind I turn and run for the hills, but that is obviously not what you do. Apparently standing down 6 lions isn’t so hard if you have fire on your side. They are terrified of it. So Daniel and Tomlin (our guides) lit the grass in front of them and slowly retreated. They did a big circle around our camp and came back in from the other side so they wouldn’t just lead the lions straight back to us. I was immensely grateful for that. Needless to say, Shaun, the kids and I huddled around the fire that evening and didn’t stray far for our pre-bed ablutions.

The next morning was up at dawn and off for another bush walk. This time we knew it was a game experience rather than just a nature walk, so we made sure we had our panga, mace-spray and bear-grills knife handy. What on earth we would have done with any of those when faced with a lion is laughable. We probably would have wet ourselves and run away with the lion in hot pursuit. Thankfully it never came to that. We set off for our 2 minute walk to the recently retired zebra, mainly to see if any other animals had come to find it in the night. There was a sandy track which was great for viewing game foot prints, and we were able to see exactly how far the lion had followed the guides back the previous evening, and what other animals had been snooping around the scene. This time both our guides came with us; one in the front and one at the back of our little brigade, and we gingerly approached the site. As the guides were pointing out where the snack had been moved to, a gentle rumble started to sound from the bushes in front of us. It escalated quickly to a level where you could feel it in your chest. My senses had already been on full alert, mama-bear mode, and it was interesting to see how instinctively the children stepped back into a huddle right between me and Shaun, and as a group we all stepped back slowly, making our retreat. It was a very gentle warning, given what the animals are capable of. I was pretty wired for the rest of our morning walk, and was pleased to be back in the relative safety of our camp. 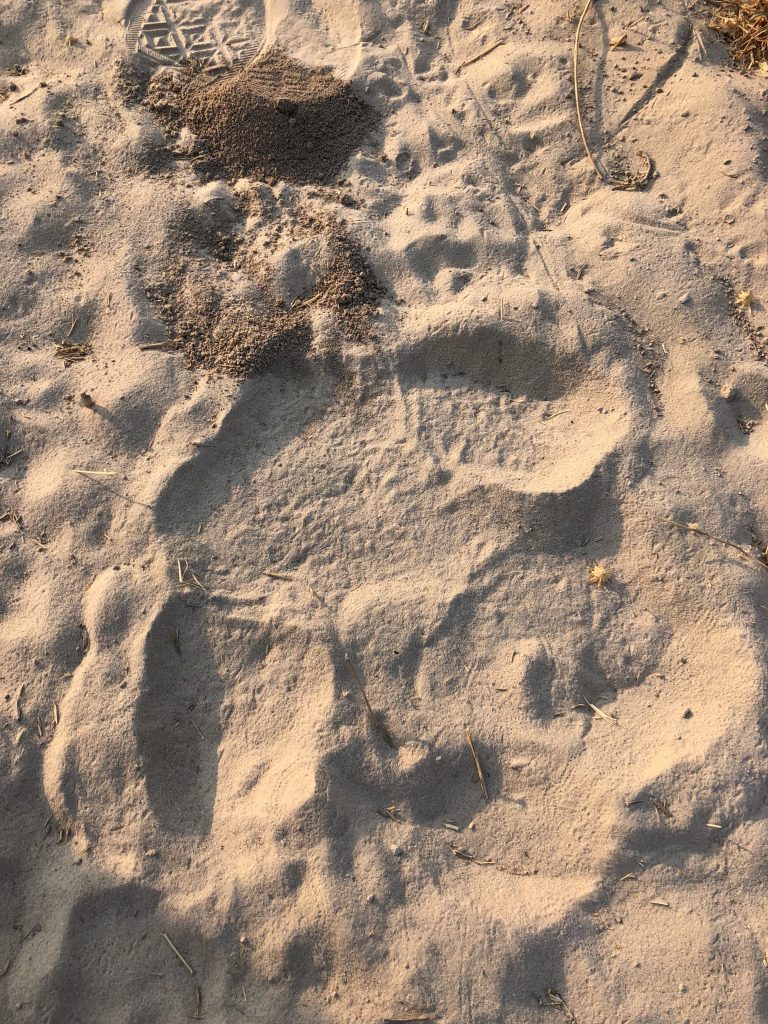 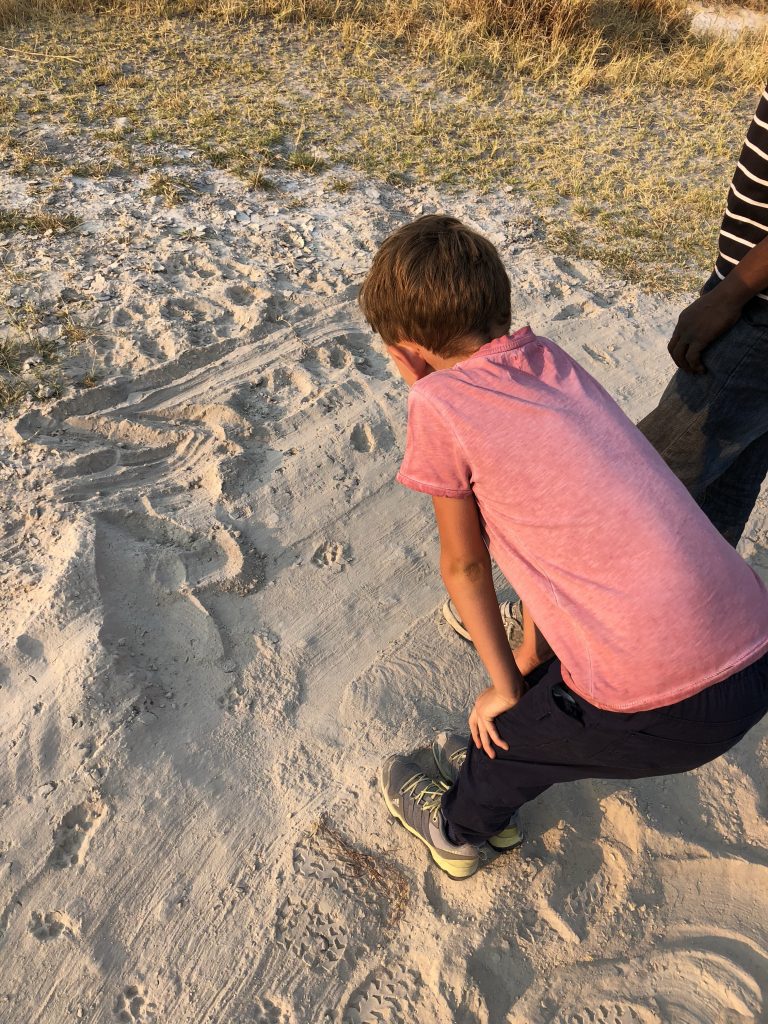 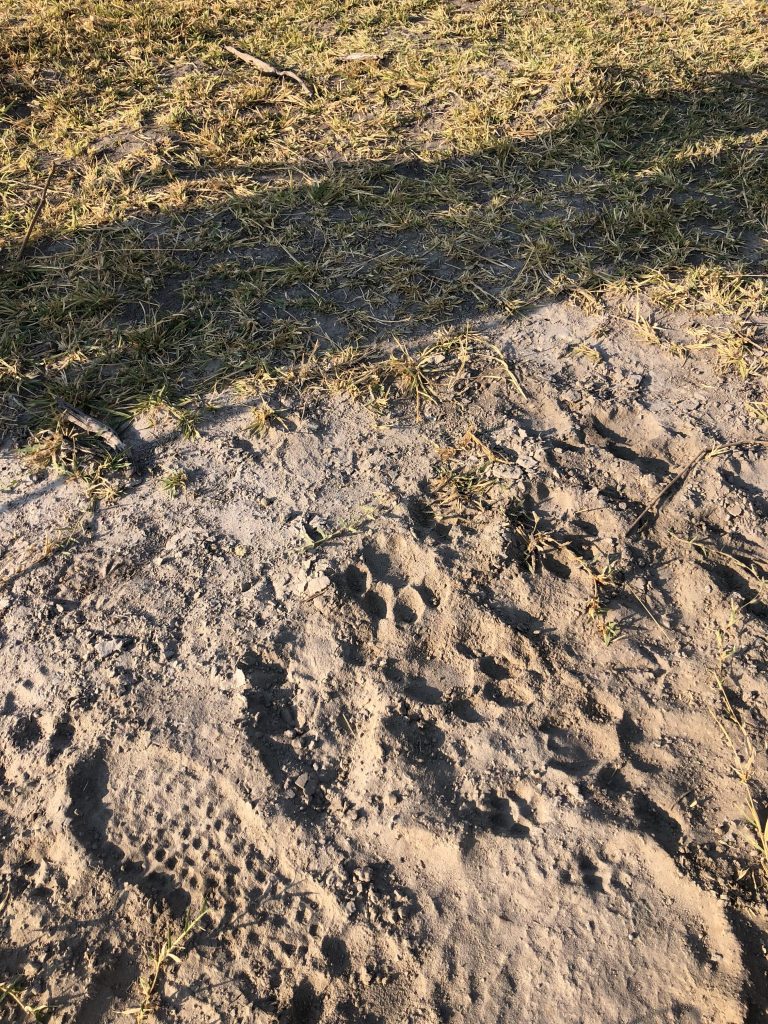 Not 2 minutes later and our guides asked for our panga and knife, and off they set again for their share of the kill. Shaun and I were shaking our heads and joking about their persistence, when moments later they arrived back in camp with a rather large piece of zebra meat. Apparently the lion were lying under a tree and growled at their intrusion, but didn’t make any advances at chasing them off. I was gobsmacked that they actually got away with it.

That evening we had zebra stew.

It was tasty. Strong in flavour, and apparently favoured by the lion because it is a saltier meat. I however, am clearly not a lion. My stomach protested the meal all night. Still incredible to think that we shared a meal with a lion though.

The rest of our time on the Okavango was quiet and restful, and thankfully dull in light of what we had just experienced. As we passed other explorers on their way out in the mokoros and heard the guides telling them of what we had just experienced, you could see the wonder and hopefulness in their faces – a chance encounter with a family of lions! How lucky we were.

Lions or no lions though, I would go back to the land of the mokoros in a heartbeat – what an absolutely beautiful life. 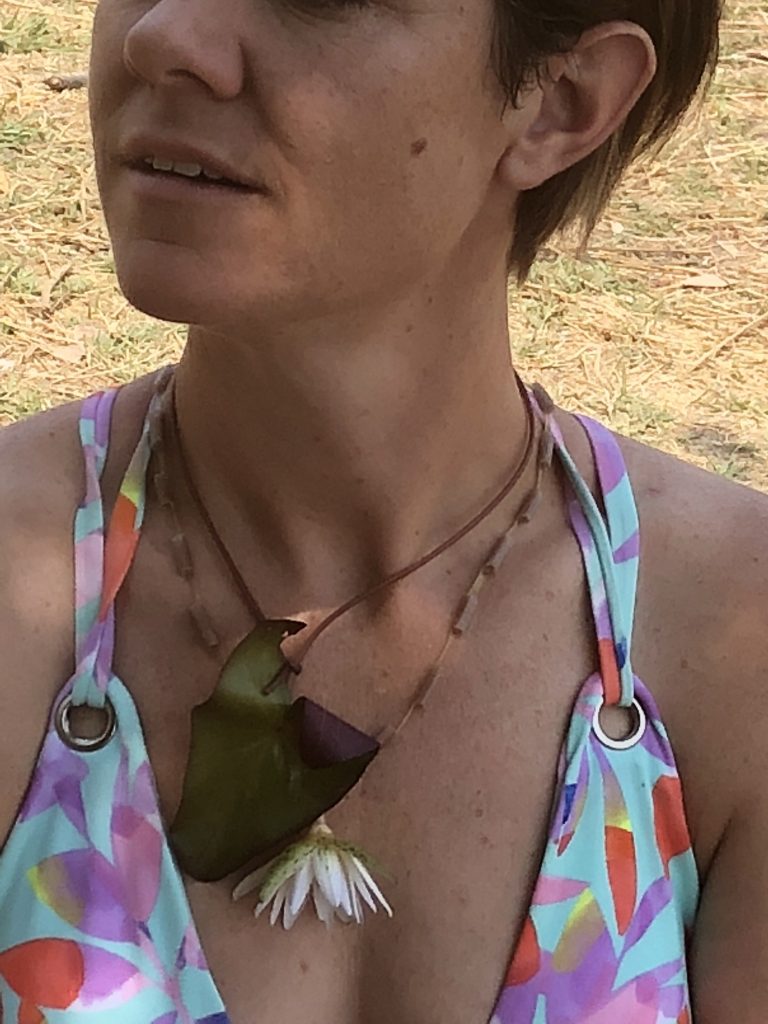 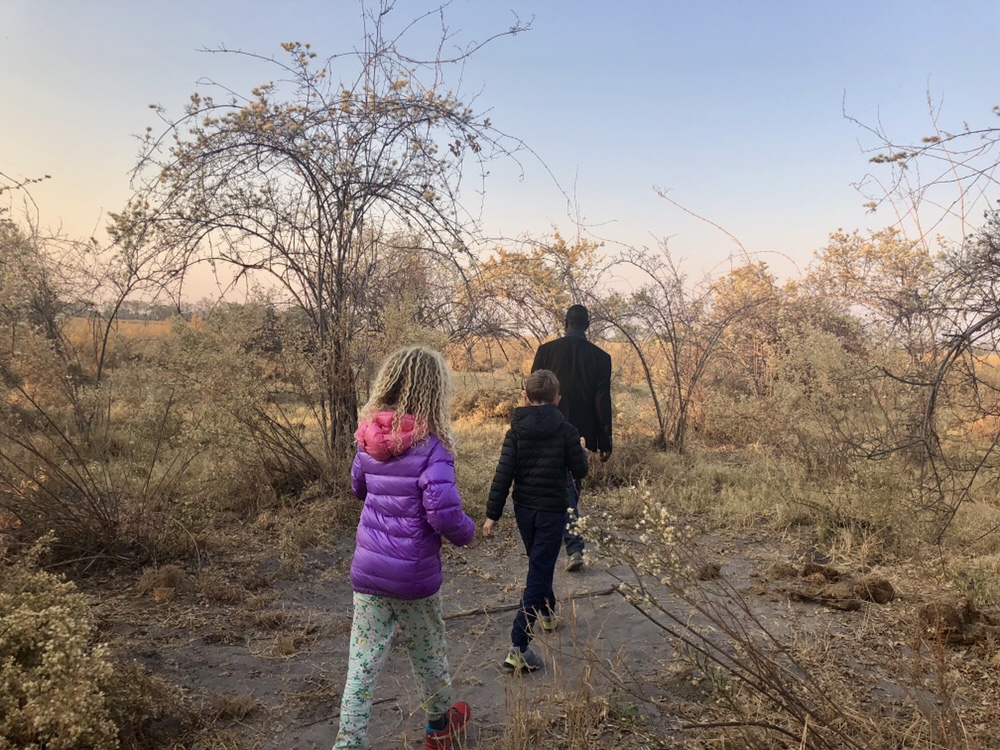 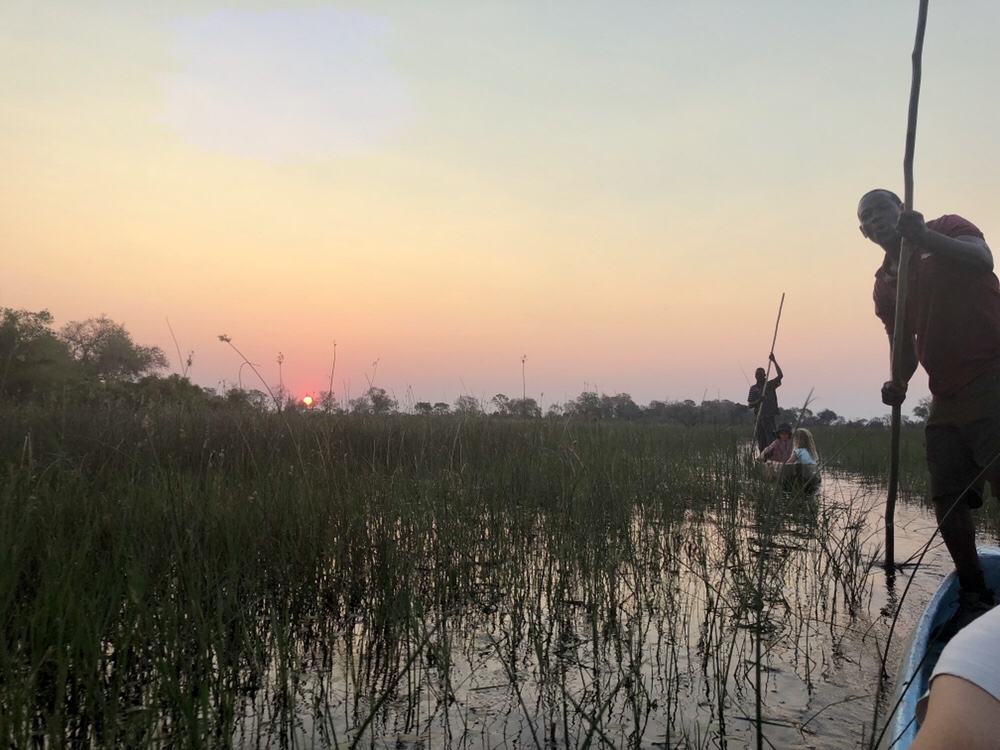 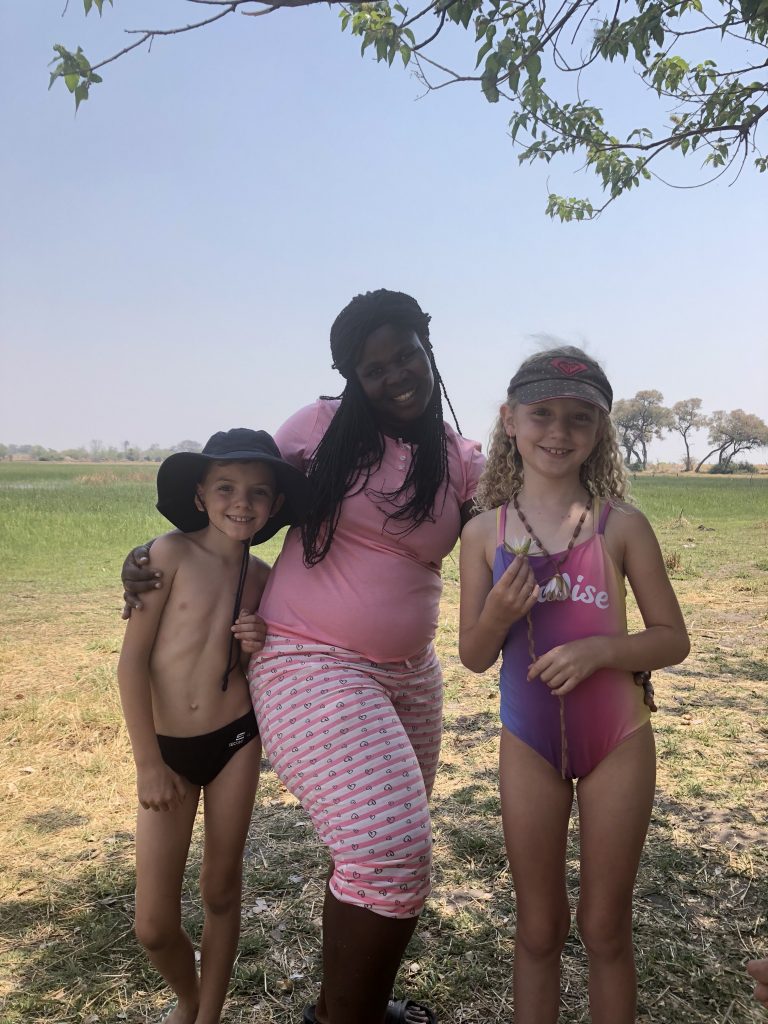 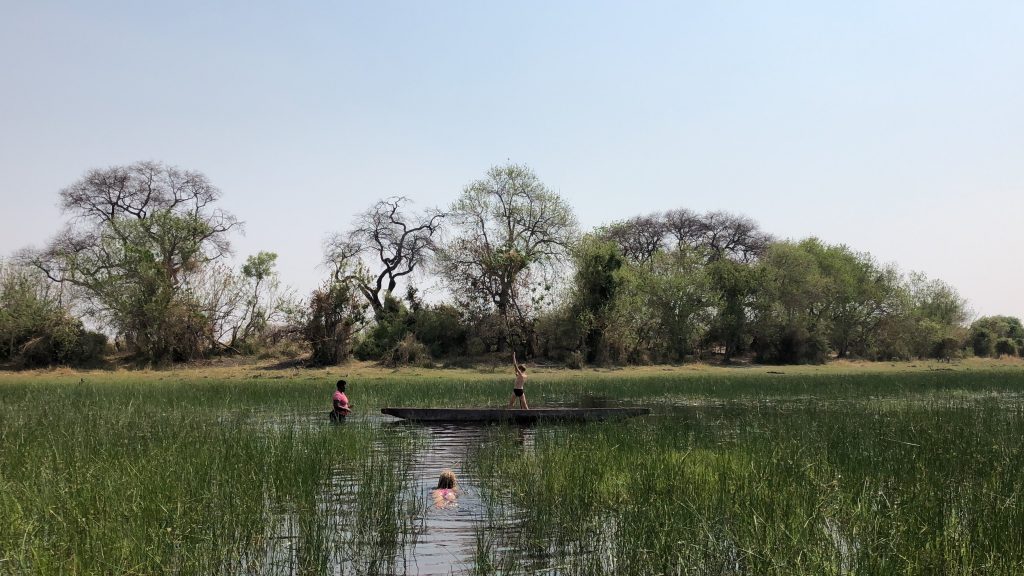 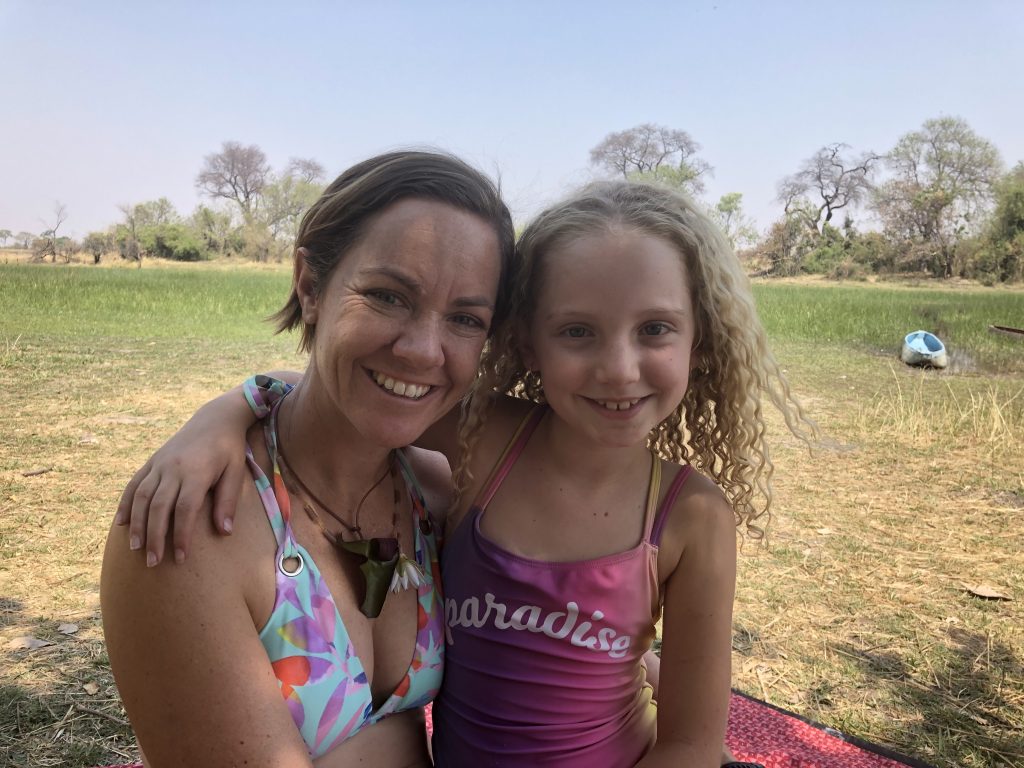 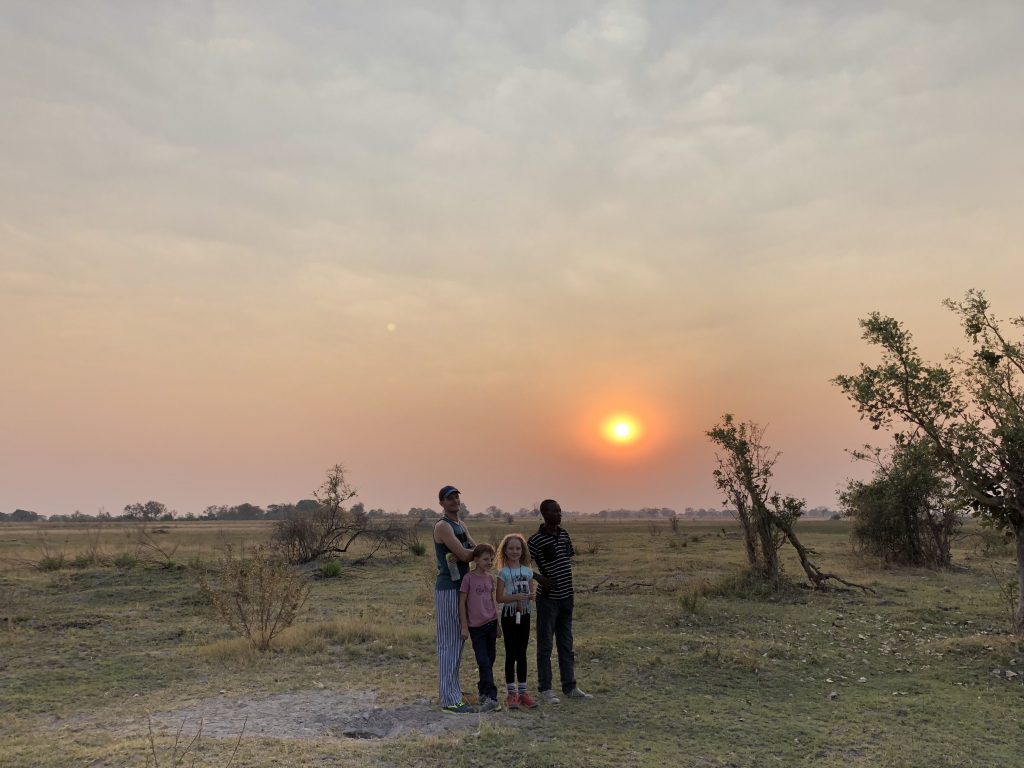 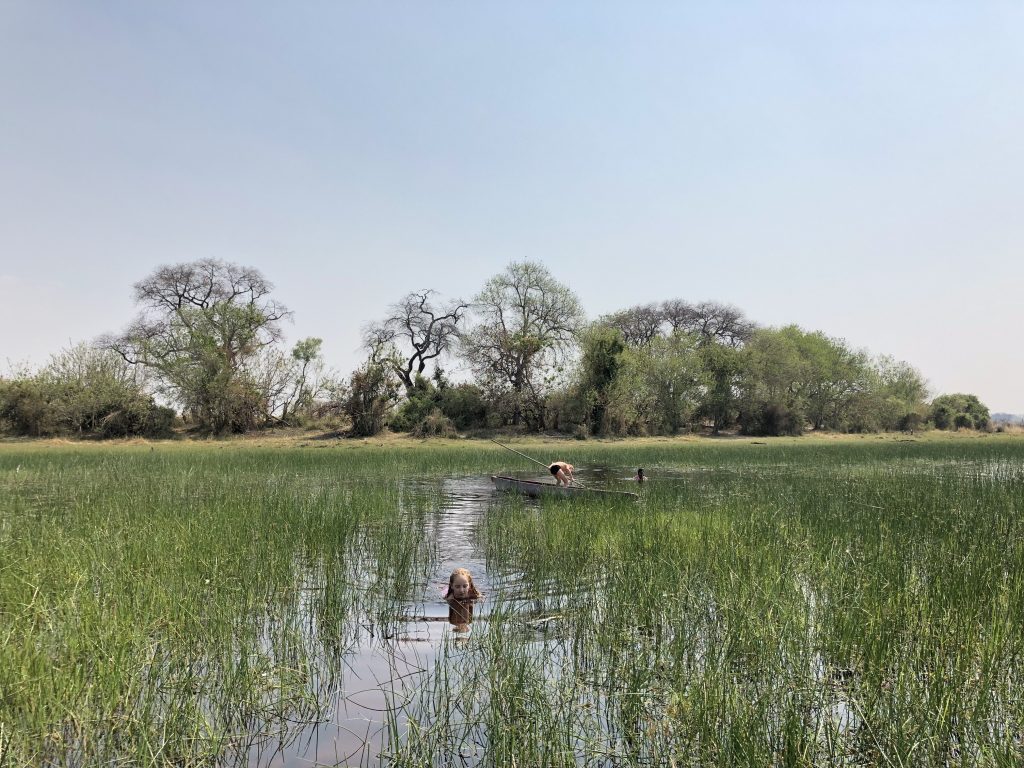 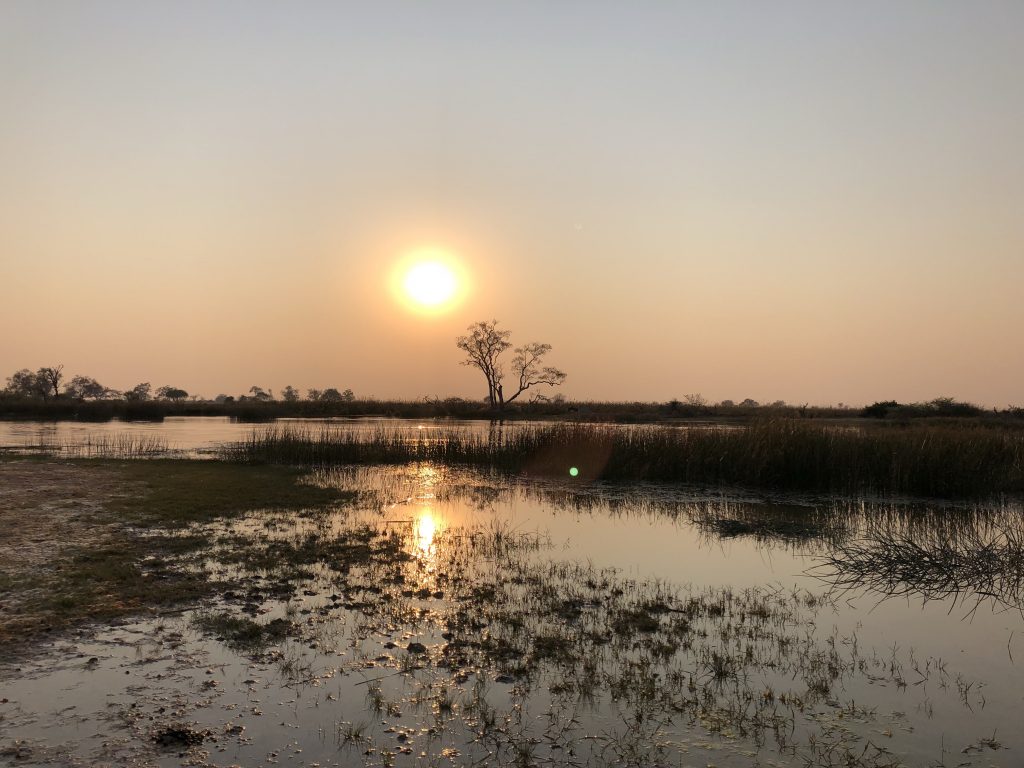