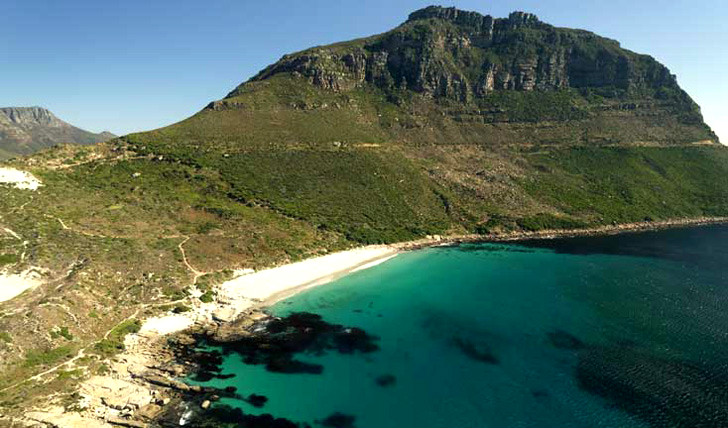 I anticipate finger wagging and head shaking, but our latest adventure was less un-clad than it sounds.

I remember my parents always saying, “It’s not your driving we’re worried about, it’s everyone else’s”. Well, this scenario was the same, kind of. It wasn’t our being naked you had to worry about; it was everyone else’s.

Sandy Bay is Cape Town’s only fully nude beach, and it is breathtakingly beautiful. It is just south of Llandudno beach, along a stretch of mountain and coastline that is nature reserve. There are no houses, no shacks, no man made structures of any kind, only pristine white sandy beaches and incredible rock formations stretching out into the Atlantic. To get to it, you have to walk about a kilometre from the parking lot at the southern end of Llandudno, or, and this is obviously the route we prefer, you have to climb the Hout Bay sand dunes and then go down the other side until they reach their end on the beaches of Sandy Bay.

Our adventure began with the idea of riding to the sand dunes and playing on them for the morning, this part is not uncommon in the least. I needed a run so this started off well as the kids sped along next to me on their bikes, while Dad took the car as a much needed fall back plan for the way home. After making our way to the top of the Hout Bay dunes we couldn’t help but jump and dive our way down the silky-soft windblown sand, until we were already half way down the other side, Sandy Bay side. Obviously, being halfway down, we decided it only logical that we go for a jaunt on the beach. So as our sand dune wound itself down into a stubbly rocky path, we gave the kids a quick instruction guide as to how to conduct themselves on the beach.

1. There is to be no pointing. Particularly no pointing and laughing!

2. They must stay with us at all times.

3. If we issue an instruction, they will listen.

With the puzzled looks, we quickly explained that this was a place that some people like to wear no clothes, and they are permitted to wear no clothes. This is not a place for us to judge them. I’m not sure this sounded at all strange to them as they are no strangers to nudity. They would be naked all day everyday if it were up to them, and I think they quite seriously believe that if adults wanted to be naked they would be too.

But caution did prevail and we wanted the children to be prepared if they saw anything strikingly uncommon, which lets be honest, is likely on a nude beach. It is winter however, so climatic conditions were in our favour. The beach was almost devoid of people, so it was the four of us, a large expanse of pristine beach, and kilometres of rock to explore. It was perfect.

South Africa, having more crime than we would like, meant that Shaun, being the careful and vigilant husband and father that he is, instructed us to leave all valuables at home. He didn’t want to attract any attention. This is a valid concern in this area, but one which makes taking photo’s, to show you how incredibly beautiful this area is, impossible. It did give us a chance to prance around on the rocks and follow them out into the sea, unconcerned about sea-spray from enormous waves breaking over the flowing forms of ocean-crafted boulders.

By mid-day we could see the determined, all weather naturalists arriving along the Llandudno path, so quitting while we were ahead, we decided to make our way up the dune and back over to the safety of our clothed neck of the woods. It was relatively easy to steer the children around boulders and along paths that completely obscured the view of any sun-seeking nudists. I feel our chances would have been somewhat diminished had we attempted this in summer. But given our children’s complete nonchalance to anyone else within eyeshot, I’m not sure they would have even noticed. Their focus was on bouldering, playing make believe games on their ‘pirate ship’, gargantuan wave spotting and nibbling on pre-packed snacks.

Getting them back up the knobbly path to the sand dune was a somewhat tedious feat, but once they reached the sand dune and scrambled their way to the top, they promptly turned around and dived and giggled their way back down it again. Thankfully we have learned, through much practice and trickery, that our children’s ‘exhaustion’ can often be attributed to boredom, which was obviously the case here. I tell you this as a warning, don’t let your children fool you.

Would I do this again?  Yes. But probably not in summer. Or any great weather. Or after midday. Despite our mild concerns before heading onto the beach with the kids, this turned out to be a great morning out. A perfect example of a spontaneous adventure gone right! … This is not always the case with children.
This is a truly beautiful, remote piece of Cape Town to explore, if you’re feeling ‘ballsy’ enough.

What to be aware of?  Sadly, as with all of our incredible country, crime is a reality. Keep your eyes open, keep your wits about you, and don’t take anything valuable. There have been reports of muggings along the path from Llandudno.
As for the obvious nudists, we managed not to encounter any at close range. They were around, tanning, strolling on the far side of the beach, but nothing that caught our children’s eyes or interest.
Shoes, we left in the car, but the knobbly path after the dunes, is rather knobbly. It didn’t faze Shaun or the kids, but my clearly delicate paws took a beating along the trail.

The dunes, looking into Hout Bay. 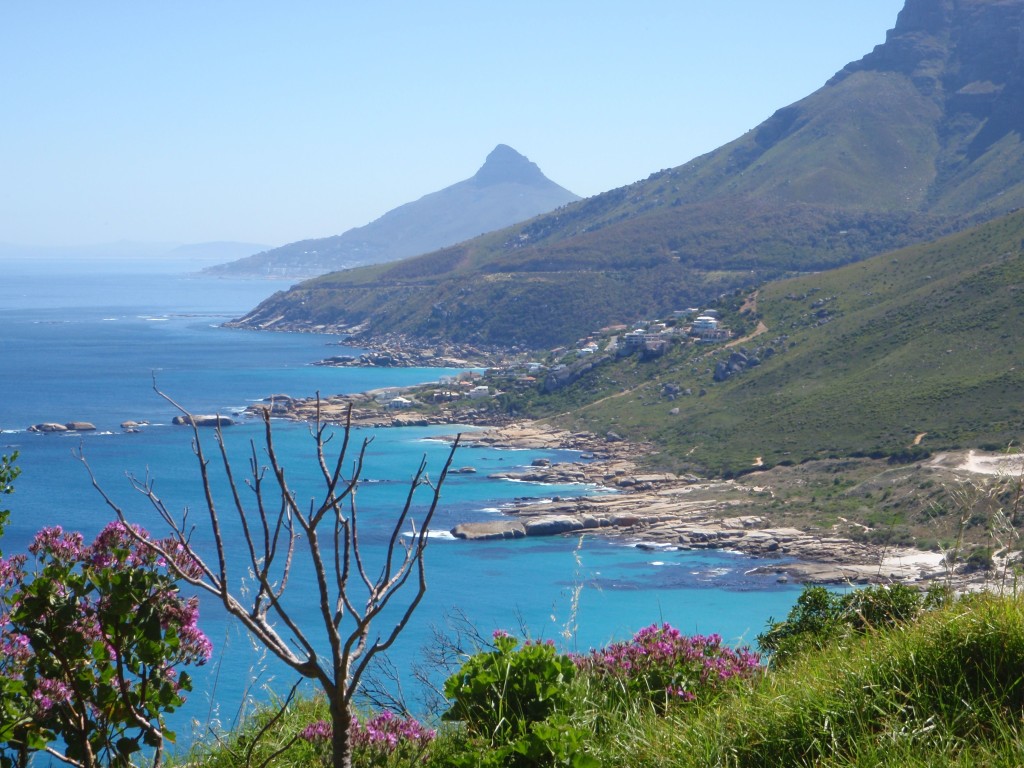 The view above Sandy Bay towards Lions Head. 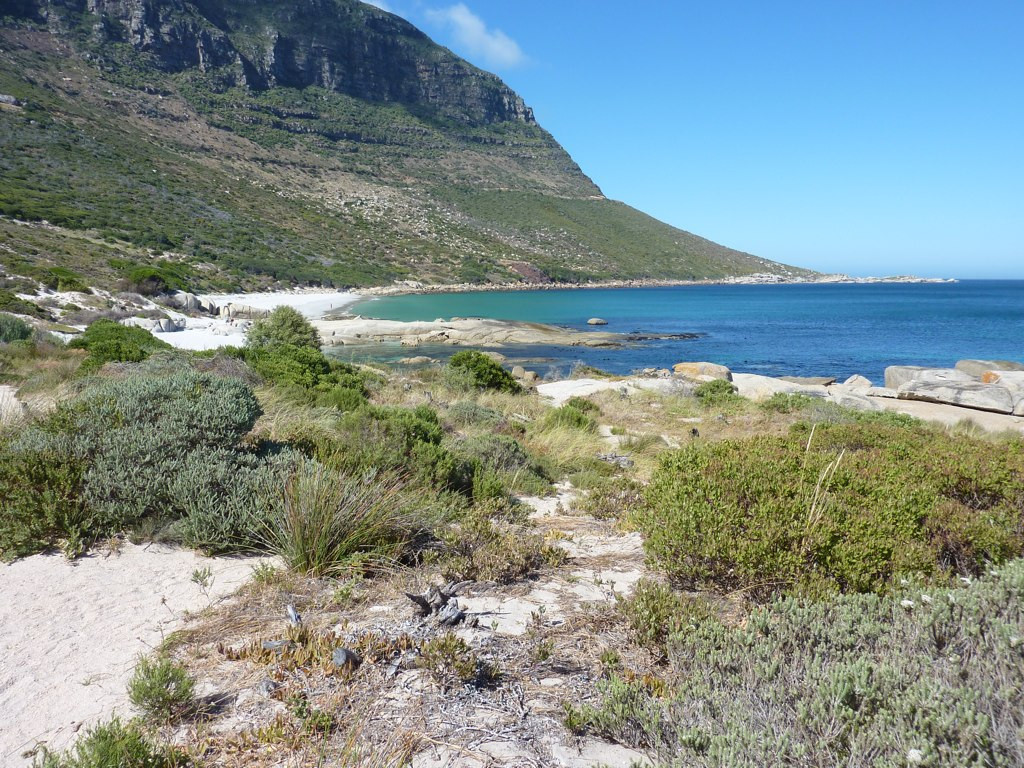 Beautiful fynbos paths next to the beach.

Photo credits obviously not my own. Thanks to www.millerslocal.co.za and www.noxrentals.co.za.

Disclaimer: Shaun and I are not prudes. When it comes to our children however, we would rather err on the side of caution.